Menu
View our Events
Stay Connected:
In a changing marketplace, retail leadership roles have grown ever more demanding. Michael O’Sullivan brings a decade of senior-level experience at Ross Stores to his role with New Jersey-based retailer Burlington. Here’s the backstory on this latest search. 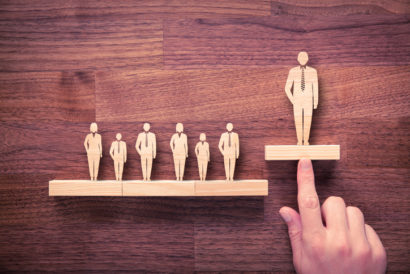 April 26, 2019 – Retailers are facing major shifts in their businesses that call for “unprecedented responses” by CEOs who can effectively lead through change, intuitively and analytically understand the evolving consumer, and respond to ambiguity, according to search consultants.

Developed markets, excess retail capacity, rising prices, the shift to omni-channel retail and the unpredictable pace of change in consumer shopping habits all affect the type of leader that retailers now need. As such, the best ones are in high demand and recruiters are being kept busy finding them.

“Given our tremendous progress and the strong foundation we have established, the board and I believe now is the right time to transition to new leadership,” said Mr. Kingsbury. “Michael brings extensive experience and a proven record of success in the off-price retail business, and his team-oriented leadership style makes him a natural fit for our organization. We believe that Michael is uniquely qualified to lead Burlington in its next phase of growth.”

Mr. O’Sullivan has significant off-price retail experience, having served in executive positions at Ross Stores since 2003. For the last 10 years, he has served as president and COO of Ross Stores, playing a leading role in developing and driving the core strategy of the business as well as managing major functional areas such as stores, loss prevention, supply chain, finance, IT, human resources, merchandise allocations, merchant support and marketing. Prior to joining Ross Stores, Mr. O’Sullivan was a partner at Bain & Company, with a particular focus on business strategy and performance improvement within the retail industry.

The CEO’s Important Role in Succession Planning
The CEO’s role is straightforward: driving management succession at senior levels, including the early identification of any inside CEO contenders, ensuring that the organization is developing succession-ready executives for all senior roles.

“Under Tom’s leadership, Burlington has delivered outstanding operating results,” Mr. O’Sullivan said. “Looking forward, I continue to see additional potential for comparable store sales growth, expansion of the store fleet and improvement in operating margins.  I am honored to be appointed CEO of Burlington and look forward to working alongside the leadership team during such an exciting and promising time.”

The excitement about Mr. O’Sullivan’s appointment has helped Burlington’s stock to post a high-single-digit gain year to date, whereas before it was languishing not far from the break-even line. According to Barron’s, “Mr. O’Sullivan comes with a strong pedigree in the off-price space, and many investors may be optimistic for fresh blood as Burlington, the smallest of the players in that category, transitions into a larger company with a wider role in the industry.”

Headquartered in Burlington, NJ, Burlington Stores is a nationally recognized off-price retailer with fiscal 2018 revenues of $6.6 billion. The company is a Fortune 500 company and its common stock is traded on the New York Stock Exchange under the ticker symbol “BURL.” The company operated 675 stores as of the end of the fourth quarter of fiscal 2018, inclusive of an internet store, in 45 states and Puerto Rico. Burlington Stores offer a wide selection of in-season, fashion-focused merchandise, including women’s ready-to-wear apparel, menswear, youth apparel, baby, beauty, footwear, accessories, home, toys and coats.

Herbert Mines Associates Recruits President for Macy’s
Cincinnati-based retail giant Macy’s named an eBay executive as its new president. As president, Hal Lawton is responsible for all aspects of the Macy’s brand, including merchandising, marketing, stores, operations, technology, and consumer insights and analytics.

Hal Reiter is chairman and chief executive officer of Herbert Mines Associates. He joined the firm in 1993 as president, became CEO in 1998 when founder Herbert Mines assumed the chairman’s title, and became chairman in 2004. Mr. Reiter specializes in CEO and board-level positions for large public and privately-held retail and consumer product companies. Boards of directors and CEOs regularly call upon him for succession planning advice and compensation consulting.

According to the search firm, some 31 percent of incoming retail CEOs are focused on international expansion as a key strategic priority, making that global mindset a competitive differentiator when searching for new leaders.

“Retail is not dying but it is changing form,” Mr. Reiter said in a report on the retail sector. “We are excited to see that many online retailers continue to open physical locations, expanding from a pure play model to an omni-channel play.”

Many digitally native companies recognize that brick and mortar locations are where customers can immerse in brand culture, and the in-store atmosphere has proven to be a key differentiator for brands to create lasting impressions and returning customers, he said. “With traditional brands and digital-first retailers converging, the true omni-channel strategy will win. Despite the transformation retail and consumer has seen since 1978, we are proud of our ongoing commitment to quality and our role as partners and thought leaders within the space.”