Menu
View our Events
Stay Connected:
The chief diversity officer role is gaining traction with organizations around the world. In the wake of a recent controversy, fashion icon Gucci is among those adding the position to its ranks, and pushing hard to address cultural awareness. Let’s go inside the search just awarded to Hanold Associates. 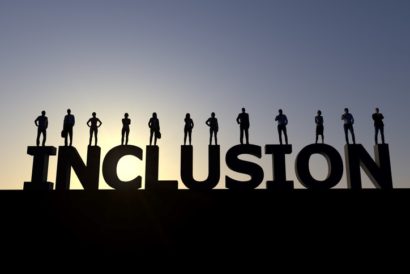 March 7, 2019 – To meet the needs of an increasingly diverse society, many organizations have developed executive positions to guide their diversity agendas. Chief diversity officers have responsibility for guiding efforts to conceptualize, define, assess, nurture and cultivate diversity. Duties may include affirmative action and equal employment opportunity, or the constituent needs of minorities, women and other social identity groups.

Surprisingly, just 20 percent of Fortune 500 companies now employ diversity officers. But according to executive search consultants who specialize in recruiting them, there is an intense hunt underway as more and more top companies seek these key C-suite leaders.

The most recent global business icon that’s brought in a recruiter to help it find a new diversity leader is Italian fashion house Gucci. It just announced a major push to increase diversity hiring as part of a long-term plan to build cultural awareness at the company. The decision to launch the search follows an uproar over the creation of a sweater that seemed inspired by blackface. Gucci said it will hire a global head for diversity and inclusion, a newly created role that will be based in New York.

Chicago-based Hanold Associates has been selected to lead the assignment. Gucci said it wants a leader with extensive experience in developing and successfully implementing diversity and inclusion strategies and programs at the global level. Neela Seenandan and Jason Hanold, co-CEOs and co-managing partners, along with partners Keri Gavin and Sonia Nagra, are teaming up to find the new leader.

“I look forward to welcoming new perspectives to my team and together working even harder for Gucci to represent a voice for inclusivity,” Gucci’s creative director Alessandro Michele said.

This incoming leader, according to the position specs provided by Gucci, must have a strong internal orientation and appreciate the notion of a fast-paced and ever-changing mentality which, it says, “fuels the success and continuous improvement of the company.” This is a significant build opportunity, it added, “which will positively impact the perspectives, approach and behavior of Gucci employees around the world.”

Gucci wants an executive with a minimum 10 years of relevant leadership experience in diversity and inclusion. Candidates must have exceptional business, talent and culturally diverse acumen with experiences that reinforce an inclusive mindset, said the search firm.

Gucci’s move is similar to rival Prada, which announced a diversity council after apologizing and withdrawing bag charms from the market that resembled black monkeys with exaggerated red lips. Critics denounced the product as racist. Other fashion leaders, including Burberry and Dolce & Gabbana have also had their own run-ins with similar culturally insensitive episodes.

Gucci is one of the world’s leading luxury fashion brands, with a renowned reputation for creativity, innovation and Italian craftsmanship. It was founded nearly 100 years ago in Florence. Gucci has some 520 stores throughout the world, with nearly 18,000 employees. The company’s revenues for last year topped $9.5 billion. The Gucci brand is owned by the Kering Group, an international group of luxury, sport and lifestyle brands based in Paris.

Hunt Scanlon Media recently released its latest issue of ESR. This time around, an in-depth look at diversity recruiting – what drives it, why it’s not a social crusade, and how it matters in every workplace. According to the newsletter, diversity starts at the top – and that oftentimes means it begins in the boardroom. Diverse boards make better decisions and lead to improved company performance. But boards are failing to reflect society as a whole. What’s the problem? Hunt Scanlon Media offers some answers.

As you might expect, building cultures that will not tolerate discrimination but instead promote diversity – and recruiting talent that reflects this – is the challenge facing every recruiter and talent acquisition leader today. The #MeToo movement is, of course, leaving its mark on recruiting – and in this issue that is examined as well. Five incoming chief diversity officers making a big difference by putting a special emphasis on diversity are also highlighted. Get the free issue now!

Ms. Seenandan is focused on leading senior-level professional services and HR leadership assignments at Hanold. She joined the firm from Nielsen where she was senior vice president of human resources responsible for the North America consumer. She was responsible for driving the strategic talent agenda including recruiting, compensation, talent management, and diversity and inclusion.

Mr. Hanold founded his search firm in 2010. Previously, he served as a managing director with Russell Reynolds Associates, where he led the firm’s global human resources officer practice and was a member of the board of directors and CEO practices. Before that he held talent and recruiting positions with Whirlpool, McKinsey & Company, Deloitte and State Farm.

Ms. Gavin is focused on recruiting HR leaders in talent acquisition, organizational development, talent management, operations and total rewards. Her signature strength is said to be her relationship-building skills. She was previously director of host relations and customized training for Ragan Communications. There, she fostered relationships with communications leaders at Fortune 500 companies to secure event partnerships.

It is not just the business world that is turning to executive search firms to find diversity leaders. In just the first few months of this year a slew of educational institutions have unfurled their own chief diversity officer searches, including Syracuse University and ArtCenter for College Design. Both assignments were awarded to Witt/Kieffer.

DePauw University in Greencastle, IN, is another. Just days ago it tapped Chicago-based executive recruitment firm, Carrington & Carrington, for assistance in finding its next diversity leader. The search firm, founded 40 years ago, specializes in the recruitment and placement of African-Americans, Latinos, women, LGBT and other diverse professionals. It ranks as one of the most respected African-American-owned search firms in the nation.

Related: Recruiters up Their Game in Diversity

Unable to comment on the search, Mr. Carrington did have a few words of wisdom about diversity itself. Diversity, he said, is not one of those things that’s going to be resolved in a few years’ time. “We say, rather, that it’s a march of a thousand years.” He said diversity is one of those “nebulous areas” that changes with time and circumstance, and gets affected by so many things in the market.

Two years ago, Carrington & Carrington snared Major League Baseball‘s diversity head, Wendy Lewis, to serve as vice president and global chief diversity officer for McDonald’s, in what some recruiters have pointed to one of the most important global chief diversity officer roles in the nation. Ms. Lewis ranked among MLB’s highest rated black executives and her poaching is considered to be one of Mr. Carrington’s crowning professional achievements.