Menu
View our Events
Stay Connected:
Financial banking giant is hoping that a new governor, perhaps a female, probably from outside, can help right the ship after the organization faced criticism over a lack of diversity. The bank has turned to a boutique search firm that focuses on finding diverse leaders to lead its recruiting efforts. Let’s go inside this important search. 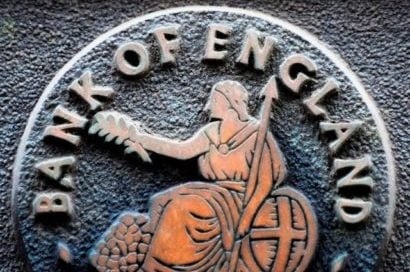 May 15, 2019 – The U.K. government has hired Sapphire Partners, a London-based executive search firm, to help find a new governor for the Bank of England. The recruitment firm, which focuses on finding diverse talent, is the first agency ever hired to find someone for the governor role.

Enlisting Sapphire Partners raises the likelihood that that the U.K. wants a woman for the role, a response to criticism over a lack of gender diversity in the government. “The use of a firm of headhunters for the first time implies the chancellor is keen for this to be a wide sweep of talent in what is, after all, the world’s financial capital, and he is under pressure to consider more female candidates,” wrote Darshini David, economics correspondent for the BBC, on the broadcaster’s website. “And, as with the incumbent, the search could go beyond our borders.”

Mark Carney, who has held the position for six years, will step down at the end of January.

“Finding a candidate with the right skills and experience to lead the Bank of England is vital for ensuring the continuing strength of our economy and for maintaining the U.K.’s position as a leading global financial center,” said chancellor of the exchequer Philip Hammond.

The governor of the Bank of England chairs the bank’s three major policy committees – the Monetary Policy Committee, the Financial Policy Committee and the Prudential Regulation Committee. As such, the governor plays a central role in setting monetary, macro-prudential and micro-prudential policy, according to a government posting for the role. The individual also has senior responsibility for resolution policy and the supervision of financial market infrastructure. In addition, the governor has senior responsibilities for the bank’s culture, the production and integrity of the bank’s financial information, and the development of the business model and strategy.

Intense Hunt is on for Global Diversity Chiefs
The chief diversity officer role is gaining traction with organizations around the world. In the wake of a recent controversy, fashion icon Gucci is among those adding the position to its ranks, and pushing hard to address cultural awareness. Let’s go inside the search just awarded to Hanold Associates.

Candidates are expected to commit to an eight-year term.

The governor is the bank’s principal communicator on all policy matters and accountability to Parliament, which takes the form of frequent appearances before the Treasury Select Committee. Outside Parliament, the governor will be expected to explain the bank’s policy positions to diverse audiences in order to build and retain public confidence in the bank’s functions, to provide assurance to domestic and international markets, and to maintain the transparency of the bank’s decision-making.

The successful candidate must demonstrate the ability to successfully lead, influence and manage a complex and powerful financial institution, inspiring confidence and credibility within the bank, throughout financial markets, in the wider public arena and on the international stage. The individual must also have a broad range of capabilities, ranging from macroeconomics, to understanding developments in, and the structure of, financial markets, to macro-prudential and micro-prudential supervision.

Would-be candidates must further have substantial experience working at the most senior level in a major bank or other financial institution or of working in, or involvement with, central banking (e.g. the Bank for International Settlements or the International Monetary Fund).

Diversified Search Places CEO at Federal Reserve Bank of San Francisco
Diversified Search placed Mary Daly as the 13th CEO of the Federal Reserve Bank of San Francisco. Dale E. Jones, the firm’s president and CEO, led the assignment along with board practice head Veronica Biggins. Ms. Daly, who is openly gay, will become the third woman among the 12 presidents of the Fed’s regional banks.

Extensive knowledge and experience of financial markets and their risk cultures is also a requirement for the role. Candidates must be credible on both microeconomic and macroeconomic issues, domestically and internationally.

Sapphire Partners, founded in 2005, works to promote and bring diverse professional talent to its clients. The firm’s expertise includes executive search, board appointments and consultancy. Sapphire Partners works across a number of sectors with a particular strength in financial and professional services on local, European and international searches. Its clients include: Grosvenor, the Royal Bank of Scotland, Good Energy, Credit Suisse, American Express, Microgen and McKinsey & Company, among others.

Ms. Turner has served as a research and organizational development consultant for over 20 years, for clients in private, public and non-profit sectors across a broad spectrum of industries, in the U.K. and wider Europe. She has led a range of executive development programs and has particular expertise in gender diversity and inter-cultural business.

Check Out These Related Articles On Women in the Workplaced:

In Combatting Workplace Harassment, HR Must Strike the Right Balance #MeToo Movement Leaves its Mark on Staffing Women Remain Lacking in the C-Suite