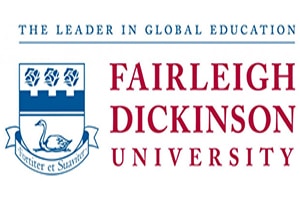 Mr. Hurlbut, who starts in his new role on Feb. 18, had been deputy director of athletics at Sacred Heart University in Fairfield, CT since 2013.

“Fairleigh Dickinson is committed to raising its athletic programs to a higher level of prominence and distinction within the Northeast Conference (NEC) and within the New York City metro region more broadly, and I am confident that Brad Hurlbut possesses the leadership acumen and determination to make this happen fairly quickly,” said Christopher A. Capuano, the school’s president.

Mr. Hurlbut will replace David Langford, who retired last June after being with Fairleigh Dickinson for 15 years. Cathy Liggett, associate athletic director for facilities and operations at the school’s Metropolitan Campus, served as interim director of athletics as the national search was conducted over the past several months.

“I am thrilled and truly humbled to become the next director of athletics at Fairleigh Dickinson University’s Metropolitan Campus,” said Hurlbut. “My sincere gratitude to president Capuano and the members of the search committee for choosing me to lead the athletics department during this transformative period at FDU. The vision set forth in the university’s strategic plan, coupled with the incredible location of the Metropolitan Campus and the infectious energy exhibited to me during the interview process, makes this a tremendous opportunity.”

“I am looking forward to collaborating with FDU’s passionate faculty, staff, administrators and coaches in delivering an exceptional experience for our talented student-athletes academically, athletically and socially,” said Mr. Hurlbut. “Together, we will work relentlessly to make a positive impact in the community and establish a culture where teams compete for and win championships in all sports.”

Dr. Capuano praised everyone involved in the search. “I’d like to thank Cathy, Greg and the search committee, led by Rick Reiss, the university’s senior vice president for advancement, for an outstanding job with the process,” he said. “Brad was selected from an extremely strong pool of candidates and ultimately proved to be the right fit for us. We are fortunate to have Brad as we begin a new era of athletics at FDU.”

Fairleigh Dickinson is the largest private university in New Jersey. The school offers more than 100 liberal arts and professional degree programs, two domestic and two international campuses, dozens of partnerships with internationally renowned institutions, and special programs and status within the United Nations. In addition, it is one of only a few schools in the U.S. to offer both Division I and Division III collegiate athletic programs.  The university also offers an active intramural program and personal fitness facilities.

Odgers Berndtson delivers executive search, leadership assessment and development strategies to organizations globally. The firm’s 250-plus partners cover more than 50 sectors and operate out of 59 offices in 29 countries. The U.S. wing of the firm launched in 2011, and under the stewardship of Steve Potter, CEO of Odgers Berndtson U.S., has become one of the fastest growing search firms in the Americas. Odgers Berndtson currently has U.S. offices in Atlanta, Austin, Boston, Chicago, Dallas, Denver, Houston, Los Angeles, Miami, Minneapolis, New York, Philadelphia, San Francisco and Washington, D.C.

Mr. Santore works closely with Odgers Berndtson’s education practice’s collegiate athletics initiatives across all divisions.  He was previously a principal and head of the sports leadership practice at Witt/Kieffer, where he recruited athletics directors and coaches for many academic institutions, including Yale, University of California at Berkeley, the College of William & Mary, Tufts and others. He also has experience recruiting executives for sports foundations, national governing bodies and other sports and entertainment-related organizations. Before starting in executive search, Mr. Santore held leadership positions as CEO, COO and president in the orthopedic rehab, sports medicine and technology fields.