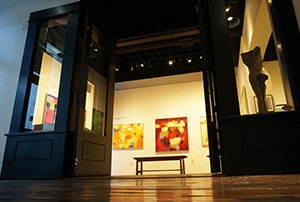 February 4, 2019 – Executive search firm Phillips Oppenheim has placed Kaywin Feldman as the fifth director of the National Gallery of Art in Washington, D.C. She becomes the first women to lead the organization. Ms. Feldman will assume her new role on March 11. She succeeds Earl “Rusty” Powell, who has served as the director since 1992. Principal Sarah James and partner Becky Klein led the assignment for the recruitment firm.

“Kaywin Feldman is a dynamic and highly principled leader, a gracious collaborator and an innovator with the skills and vision to lead the National Gallery of Art in the 21st century,” said Frederick Beinecke, president of the National Gallery of Art. “For more than two decades, she has had a distinguished career as an art museum director with major successes at each of her three institutions.”

“We extend our gratitude to Rusty Powell for leading the gallery with such strength and integrity during his long and productive tenure, and announce the appointment of our new director, Kaywin Feldman, with great confidence and excitement,” he said.

Phillips Oppenheim was seeking a respected leader in the field with the demonstrated ability to develop and execute a compelling vision that embraces and expands on what it means to be the nation’s art gallery.

Ms. Feldman fit that bill. She currently serves as the Nivin and Duncan MacMillan director and president of the Minneapolis Institute of Art, commonly referred to as Mia. Since assuming leadership in 2008, she has expanded the museum’s collection while also transforming its relationship to its city by opening its doors to community dialogue, doubling attendance and engaging with the defining social issues of this era, said Phillips Oppenheim.

Ms. Feldman is also past president of the Association of Art Museum Directors, past chair of the American Alliance of Museums and a frequent speaker on reinventing the museum for the 21st century. She is a champion of digital technology for expanding access to art. In addition, Ms. Feldman established a contemporary art department at Mia and new galleries for showcasing the art of Africa. She has overseen a series of experimental installations in the museum’s period rooms, exploring new ways of engaging with history.

In her new position, Ms. Feldman will be responsible for the artistic vision and leadership of the National Gallery. She will oversee the gallery’s program of 20 to 25 exhibitions and more than 10 major print and digital publications a year. The museum has 12 curatorial and conservation departments, as well as the Center for Advanced Study in the Visual Arts, library, exhibitions, education, digital media, publishing, registrar and design and installation operations.

“The National Gallery of Art is arguably America’s greatest treasure,” said Ms. Feldman. “To be chosen to lead it into its next decades is a profound honor. As I prepare to take on the responsibility for this magnificent institution, I want to express my gratitude to the trustees for putting their faith in me, and to Rusty Powell for the example of his years of enlightened stewardship.”

The National Gallery of Art was conceived as “a collection of collections” and given to the people of the U.S. by Andrew W. Mellon, a financier and art collector from Pittsburgh who came to Washington, D.C. in 1921 to serve as secretary of the Treasury.

Today, the National Gallery has benefitted from an extensive renovation of its expansive campus and added the six-acre Laurie D. Olin-designed Sculpture Garden in 1999, fulfilling a 30-year master plan. In 2014, the National Gallery assumed stewardship of the Corcoran Gallery of Art’s world-renowned collection of paintings, sculpture, decorative arts, prints, drawings and photographs, acquiring more than 8,000 of the over 18,000 works and enhancing public access to the country’s diverse cultural legacy. The gallery’s 152,000-object collection comprises primarily European and American art from the Renaissance to the present day,

Phillips Oppenheim, founded in 1991, provides mission-driven organizations with senior leaders from the business, public and non-profit sectors. It sponsors roundtable discussions, participates in workshops and conferences and acts as informal counsel to non-profit organizations and their boards. Among its large list of clients: New York City Ballet, the Museum of the American Revolution, the Metropolitan Museum of Art, the National Arts Club, Table to Table, the African Wildlife Foundation and the Barack Obama Presidential Museum, among many others.

Ms. James has been recruiting for local, national and international non-profit institutions and corporations since 1996. A generalist, she has recruited chief executives for leading arts, aid, advocacy, education, environmental, faith-based, healthcare, philanthropic and social service institutions. Since joining Phillips Oppenheim in 2001, she has founded its visual arts practice, recruiting directors for more than one hundred art institutions.