Menu
View our Events
Stay Connected:
The players may make the headlines, but it’s the executives behind the scenes that ultimately make a professional football franchise a success. The addition of Alex Chang to the 49ers front office is expected to go a long way in building a bigger fan base. Here’s the backstory. 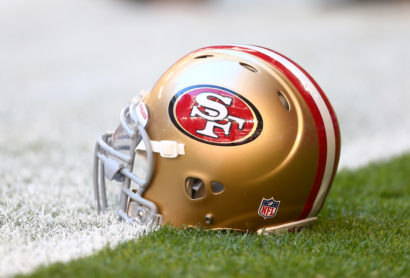 The 49ers wanted a proven marketing leader with a demonstrated track record of performance and business achievements. Candidates were required to have exceptional experience in developing and implementing marketing strategies that consistently met or exceeded planned revenue and strategic objectives.

Following an extensive search, Mr. Chang proved to be the right candidate for the role. A veteran of almost two decades in major brand marketing, Mr. Chang has become an influential player in the sports marketing industry over the last eight years while with American Express, IMG, Wasserman and Samsung Electronics America. Most recently, he served as the head of partnership marketing for Samsung.

“Our leadership team was strengthened today with the addition of Alex Chang,” said 49ers president Al Guido. “His combined experience and track record for successfully growing global brands, sparking innovation and driving business development make him uniquely qualified to serve as our chief marketing officer as we continue to elevate and evolve our franchise. We look forward to Alex’s leadership and insight as we continue to uncover new and exciting ways to engage and grow the faithful fan base.”

Prior to Samsung, Mr. Chang spent three years working for top marketing agencies. He was vice president of brands at Wasserman, where he advised global brands on their sports and entertainment marketing partnerships. Before that, he served as vice president at IMG College. Mr. Chang started his career in the marketing industry at American Express, where he spent 13 years in various marketing roles including VP of sports and entertainment marketing and VP of U.S. advertising. He also served on the executive leadership team at American Express, which created Small Business Saturday. Mr. Chang began his career at Ernst & Young as a senior consultant.

Turnkey Search Recruits Chief Marketing Officer for Carolina Panthers
Turnkey Search placed Meredith Starkey as CMO of the Carolina Panthers. Ms. Starkey joins an elite and growing group of women in C-level positions across the sports industry. “The Panthers are laser focused on gender equity and overall diversity,” said Len Perna, the firm’s CEO. “We need more teams like the Panthers. Female stars like Meredith won’t jump to team-side unless they know ownership is serious about empowering these roles.”

The San Francisco 49ers were the first major league professional sports franchise based in San Francisco. Originally part of the All-America Football Conference, the team joined the NFL in 1949. The team now competes at Levi’s Stadium in Santa Clara, CA, 45 miles southeast of San Francisco. Boasting five Super Bowl championships, six conference championships and 19 division championships, the 49ers are one of the most celebrated teams in NFL history.

“I’m excited and honored to join the 49ers, a franchise with both a rich history and incredible future potential,” said Mr. Chang. “The spirit of innovation in the organization is strong and will be critical as we adapt to the shifting marketing landscape.”

In his role with the team, Mr. Chang will have responsibility for all areas of marketing including brand marketing, communications and game/event presentation including the totality of the at-event show and driveway-to-driveway experience. He will also lead all integrated marketing and communication functions to achieve the 49ers’ objectives of growth and the enhancement of the brand reputation to ensure positioning is consistent with the strategic direction.

Len Perna, founder, president and CEO, manages all aspects of Turnkey Search. A top executive in the sports industry since 1985, he began his sports career as a business attorney for Cap Cities ABC/ESPN and also served as a top executive for the Detroit Red Wings/Tigers and the Dallas Stars/Texas Rangers.

Chief Marketing Officers Gaining Momentum As Business Game Changers
Today’s CMO works with the CEO to accelerate the organization and drive transformation. CMOs also collaborate with other members of the C-suite, especially with a company’s top HR executive to shape the company brand.

Turnkey has also been in charge of finding other top marketing executives within the NFL, including with the Atlanta Falcons (AMB Group), Buffalo Bills (and Sabres), Cleveland Browns, Detroit Lions, Kansas City Chiefs, Oakland Raiders and Tampa Bay Buccaneers.

“Turnkey believes that certain roles inside sports leagues, teams and properties are ripe for candidates from outside sports,” said Ms. Crone. “Marketing is a perfect place to add innovation, creativity, diversity of thought and background by searching outside sports and entertainment, for example at brands, agencies, etc. That said, you have to be careful to make certain that the body doesn’t reject the transplanted organ.”

“A top Fortune 500 marketer may be incredible with the resources of a Fortune 500 company, but unable to adapt to the lean, mean, marketing machine found on the property side where we mostly rely on marketing partnerships, media partners and a lightning fast marketing cycle,” she said. “Turnkey has a big database of candidates from inside and outside of sports and entertainment. Knowing lots of candidates is easy. What’s hard is knowing which ones can (and cannot) make a successful jump from buy side to sell side. That’s Turnkey’s core strength from 23 years of attracting talent within sports and entertainment.”