Menu
View our Events
Stay Connected:
Few women reach top leadership roles in financial services around the globe, but that’s about to change. Bank veteran Alison Rose reportedly will be named CEO of RBS in the coming weeks. Her ascension will break the glass ceiling for major banks in the U.K. The impact will be felt everywhere. 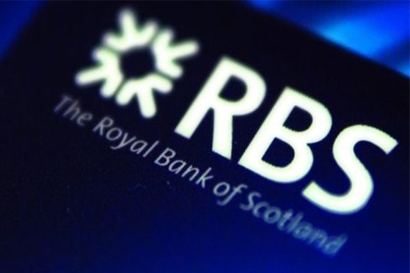 August 12, 2019 – Financial services organizations, generally, are facing a new competitive landscape, regulatory challenges and a constant struggle to manage cost and efficiency. This requires strategic leaders – male and female – with a multidimensional skill-set. But there’s a big problem – in most countries, while women represent about half of the financial services industry – precious few reach leadership positions.

Like all financial institutions, banks continue to turn to executive recruitment firms to find new leaders. The recruiters, in turn, have been on the frontlines to expand their candidate slates to include large numbers of women. They have also been in the cross hairs of regulatory bodies and the press to push a new, and far more inclusive, agenda. The latest search: Spencer Stuart has reportedly recruited Alison Rose as the new CEO of the Royal Bank of Scotland. A formal announcement is expected in coming weeks. She is expected to become the first woman to lead one of Britain’s major lenders.

Ms. Rose, who has worked at RBS for 25 years, has long been the inside favorite to succeed outgoing leader Ross McEwan, who stepped down in March. “We believe that shareholders would be highly supportive if she is elected to the position,” analysts at Goodbody including John Cronin said in a note to Bloomberg this past spring.

According to the Financial Times, one person briefed on the search said that headhunters Spencer Stuart had struggled to drum up much enthusiasm from external candidates, in part because the pay package for the job was lower than that of other large banks thanks to the government’s majority stake.

Ms. Rose began her career at RBS in the early ’90s and quickly climbed the ranks, eventually landing as Mr. McEwan’s deputy chief at the lender’s ring-fenced bank, NatWest Holdings, in December. She was appointed a member of RBS’ executive committee in 2014.

In 2014, as head of commercial and private banking at RBS, she announced a new plan for the bank to bring more women in decision-level and board-level positions. In 2015, she encouraged her managers to reconnect with the SMBs part of their clientele. In 2018, Ms. Rose was nominated to lead the Treasury’s review focusing on barriers for women in business. Last November, she also became deputy chief executive of NatWest Holdings.

Ms. Rose leadership will come at a turning point for the bank, which is still trying to repair its reputation following a string of scandals and its £45bn bailout at the height of the financial crisis in 2008. Over the past decade, RBS has been plagued by claims it mis-sold toxic mortgage-backed securities in the lead-up to the financial crash, and that it pushed small businesses toward failure in order to strip and sell their assets for profit, according to the Guardian. “But after reaching a multibillion-pound settlement with U.S. authorities, and being given a pass by the Financial Conduct Authority over the treatment of some small business customers, Ms. Rose will be handed a relatively clean slate.”

RBS, which is still 62 percent owned by the U.K. government, operates a wide variety of banking brands offering personal and business banking, private banking, insurance and corporate finance through its offices located in Europe, North America and Asia. Before the 2008 collapse and the general financial crisis, RBS was very briefly the largest bank in the world and for a period was the second largest bank in the U.K. and Europe (fifth in stock market value), and the fifth largest in the world by market capitalization.

Bank of England Picks Sapphire Partners to Lead Search for Governor
The U.K. government has hired Sapphire Partners, a London-based executive search firm, to help find a new governor for the Bank of England. The recruitment firm, which focuses on finding diverse talent, is the first agency ever hired to find someone for the governor role.

Enlisting Sapphire Partners raises the likelihood that the U.K. wants a woman for the role, a response to criticism over a lack of gender diversity in the government. “The use of a firm of headhunters for the first time implies the chancellor is keen for this to be a wide sweep of talent in what is, after all, the world’s financial capital, and he is under pressure to consider more female candidates,” wrote Darshini David, economics correspondent for the BBC, on the broadcaster’s website. “And, as with the incumbent, the search could go beyond our borders.”

Spencer Stuart is currently leading the CEO search for Wells Fargo, another situation in which a women leader is expected to be brought in. The new CEO will take on the challenges of the organization’s tainted public image and regulatory issues, according to sources in the executive search industry and a report by Reuters. CEO Tim Sloan abruptly left the bank last month. He was the second to depart in the wake of ongoing scandal and miscues.

The bank is looking to become the only major U.S. banking institution with a female CEO. Leadership is hoping that the new optics will boost the bank’s image with the public, as well as banking regulators and politicians, after a 2016 scandal in which it opened millions of accounts without customer authorization. Spencer Stuart could be making another first if it does recruit a woman for this role.