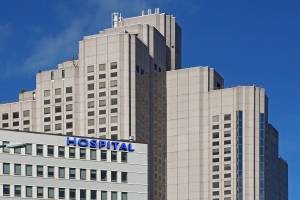 “At a time of immense change in healthcare, we’re delighted to welcome Nassar as a leader for Jefferson’s focus on innovation, technology, and informational science,” said Dr. Stephen K. Klasko, president and CEO of Thomas Jefferson University and Jefferson Health. “He will lead our strategy for creating the technological platforms of the future.”

Mr. Nizami comes to Jefferson with broad experience in systems integration resulting from recent mergers of large academic medical centers and his operational expertise in instituting successful IT governance and structure programs. Most recently, he was vice president for information technology at New York-Presbyterian Hospital. Prior to that, he served in several senior IT roles at Yale New Haven Health System. He was instrumental at both institutions as he managed the systems integration and alignment of technology needs resulting from mergers with partner organizations.

In his new role, Mr. Nizami is responsible for leveraging technology across the enterprise. He will initially focus on aligning IS&T resources to priority initiatives identified in operational integration work plans that have been developed through Jefferson’s relationship with GE Healthcare. He will be initiating an IS&T strategic planning process to prioritize the enterprise’s technology needs and align them with Jefferson’s integrated strategic and financial planning process.

The chief information officer is considered among the most strategic roles in any organization. Executive search consultants who specialize in recruiting for the position say that the best CIOs can dramatically differentiate a company’s offering in the market, while a poorly performing one can be an organization’s single point of failure. Still, headhunting within the function remains challenging, and skilled, C-suite IT professionals are among the toughest to find.

All the same, CIO hiring and recruiting information technology teams are on the rise. Nearly a quarter (22 percent) of U.S. CIOs plan to expand their IT teams, according to the Robert Half Technology “IT Hiring Forecast Trend Report.” It represents a three point rise from the beginning of last year and an eight percentage point jump from one year ago.

The CIO is enjoying unprecedented influence, and the role is being stretched in many directions, according to Albert Ellis, CEO of the Harvey Nash Group. “From grappling with an increasing cyber security threat, to working with the board on innovation and digital transformation, CIOs are dealing with a more varied range of challenges than ever before, many of which are far, far away from traditional IT. Adaptability, influencing skills and an ability to keep a clear head in uncertain times are becoming increasingly important business skills for today’s CIO.”

McDermott & Bull placed Eric Wilson as CIO with SAFE Credit Union, one of the largest credit unions in California. The search was led by Brandon Biegenzahn, president of the firm and co-chair of its financial institutions practice, along with associate principal consultant Michelle Davis and senior recruiting associate Shree Thakarar. 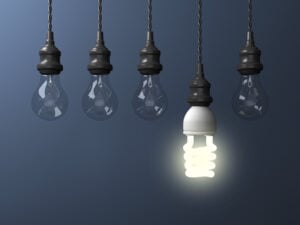