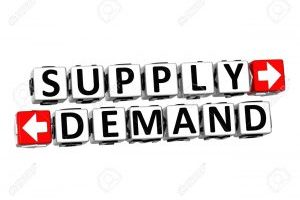 November 29, 2016 – Executive search firm Battalia Winston has placed Anthony Lombardi as chief information officer of The Andersons, Inc. Terry Gallagher completed the assignment. The successful candidate was identified in 14 days, and the search was completed in 96 days.

Mr. Lombardi most recently was vice president, global business services and chief information officer at Armstrong World Industries, a global leader in the design and manufacture of floors and ceilings with net sales of $2.5 billion, operating 32 plants in nine countries and 7,600 employees worldwide. In that role, he led a multi-sourced global information technology and finance organization of 400 staff located in the U.S., Europe, China, India, and Australia and a $67 million budget.

The Andersons is a $4.5 billion diversified company rooted in agriculture and conducts business across North America in the grain, ethanol, plant nutrient and rail sectors.

Mr. Gallagher joined Battalia Winston in 1991 and was promoted to EVP in 1994 and president in 1997. His primary focus has been in recruiting CEOs, presidents, division general managers, CFOs, CIOs, board directors and all C-suite executive positions for Fortune 500 as well as middle market companies and private equity firms as well as partners, practice leaders and rainmakers for consulting firms. He has consulted for a broad range of industries, including industrial products; insurance / financial services; professional services; technology; business services; consumer goods; and healthcare.

CIO hiring and recruiting information technology teams are both on the rise. Nearly a quarter (22 percent) of U.S. CIOs plan to expand their IT teams, according to a Robert Half Technology ‘IT Hiring Forecast Trend Report.’ It represents a three point rise from the beginning of last year and an eight percentage point jump from one year ago.

“Organizations are getting the green light on more technology projects, prompting them to make strategic hires,” said John Reed, senior executive director of Robert Half Technology. “However, technology leaders continue to struggle to find highly skilled talent in a market with low unemployment. They seek IT professionals with specialized skills, especially in the areas of cloud computing, data analytics, mobile strategies and cybersecurity.”

The importance of having a good CIO onboard has also risen. More CIOs report directly to the CEO (34 percent) than at any time in the past decade, according to the 2016 Harvey Nash/KPMG CIO Survey. The findings highlight how CIO priorities continue to shift, revealing the CEO now focuses on IT projects that make money (almost two thirds, 63 percent), compared to those that save money (37 percent).

“The CIO is enjoying unprecedented influence, and the role is being stretched in many directions,” said Albert Ellis, Harvey Nash Group CEO. “From grappling with an increasing cyber security threat, to working with the board on innovation and digital transformation, CIOs in 2016 are dealing with a more varied range of challenges than ever before, many of which are far, far away from traditional IT. Adaptability, influencing skills and an ability to keep a clear head in uncertain times are becoming increasingly important business skills for today’s CIO.”

In recent months, a number of organizations have turned to executive search firms to find CIOs. Here’s a few of the top assignments tracked by Hunt Scanlon Media:

Check Out These Related Articles On IT Recruiting: