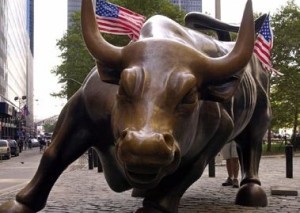 June 25, 2015 – Nearly a quarter (22 percent) of U.S. chief information officers plan to expand their IT teams in the second half of 2015, according to the just released Robert Half Technology IT Hiring Forecast Trend Report. It represents a three-point rise from the beginning of the year and an eight percentage point jump from one year ago. “CIOs are bullish on the economy and they are gearing up to expand their IT departments as we head into the second half of 2015,” said Hunt Scanlon Media CEO Scott A. Scanlon. According to the Robert Half report, 67 percent of CIOs intend to hire only for open IT roles, while just nine percent expect putting hiring plans on hold. Only two percent of CIOs polled expect to reduce their IT staff in the second half of the year.

Regionally, CIOs seemed more confident than others about IT hiring initiatives for the rest of 2015. Charlotte (22 percent), Cleveland (23 percent), Detroit (23 percent), Los Angeles (25 percent), Miami (27 percent) and St. Louis (24 percent) were among the states from which CIOs were most optimistic about increasing the size of their teams. “The need for highly skilled IT professionals in the greater Los Angeles area is growing as companies look to enhance their online presence and strengthen IT security,” said Paul Flaharty, Los Angeles metro market manager of Robert Half Technology. “Full-stack web developers, network security specialists and big data analytics professionals are in high demand, and the competition for these candidates intensifies by the day.”

Also in demand, according to Hunt Scanlon trend data, are senior-level digital specialists. “Chief digital officers have been especially in demand for several years running now,” said Mr. Scanlon. “But that position specification is quickly turning global as companies seek to coordinate their far flung digital platforms under one strategic vision. And information security officers are under the same pressure to securitize their businesses under one global security plan.” Hunt Scanlon is reporting that this entire IT sector is the fastest growth component of leading executive search firms today. “Search firms can barely keep up with the intense demand.”

In fact, survey results from Robert Half found that recruiting does remain a challenge: 59 percent of CIOs said that it is ‘somewhat’ or ‘very challenging’ to find skilled IT professionals. Sixty-nine percent of respondents said they are taking action to address recruiting challenges for IT staff. Some steps they are taking include increasing networking activities (48 percent); using recruiters or staffing firms (37 percent); offering referral bonuses (36 percent); and hiring consultants to augment current staff (36 percent). “The search industry needs more qualified recruiting professionals to handle this work,” said Mr. Scanlon. “What we’re starting to see is senior-level IT professionals taking a hard look at employment opportunities in the headhunting field itself. And that’s  a good thing. It’s welcome relief.”

“Skilled technology professionals are in high demand across the country, and companies are going to great lengths to attract the best talent,” said John Reed, senior executive director of Robert Half Technology. “In this job seekers’ market, technology leaders must not only develop innovative technology solutions, but also create a department culture that inspires and rewards innovation in its employees.”

Robert Half’s hiring forecasts are based on interviews with more than 2,500 CIOs from 25 major U.S. markets who were asked to provide a six-month hiring outlook.