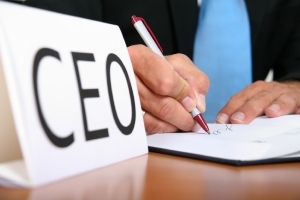 She takes over from Lance Linares, who held the top post for 22 years.

A succession plan adopted by the board guided the organization through the transition. The board formed a search committee, tapped Carlson Beck, then screened and interviewed hundreds of candidates before selecting Ms. True.

Jess Brown, executive director of the Santa Cruz County Farm Bureau and honorary trustee of the Community Foundation, was involved in the search process. “Susan is going to be a great leader who takes a proactive stance on important local issues,” she said. “I look forward to introducing her to our local community and others in the Pajaro Valley.”

Terry Medina, board president, was optimistic as well. “I feel confident that Susan is the right person with the right blend of professional and personal skills to lead us forward,” he said.

“We talked to our donors, non-profit and community leaders about the person they wanted us to hire,” said Marilyn Calciano, board vice president. “A caring and proven leader with local knowledge was on the top of everyone’s list. And, we found her.”

With deep local relationships in the non-profit world, Ms. True has served as executive director of First 5 Santa Cruz County and CASA of Santa Cruz County. She was also an elected trustee on the governing board of Cabrillo College. Her most recent position was with the Kenneth Rainin Foundation in Oakland, where she served as director of education strategy and ventures.

“The Community Foundation is uniquely positioned to make lasting change in the community that has been home to her for over 20 years,” said Ms. True. “I take the meaning of philanthropy to heart. It’s about the love of people and the places we call home. Together, we can work to make all lives here fulfilling, secure and connected with each other so our county can thrive.”

Check Out These Related Articles on Searches for Business Foundations: