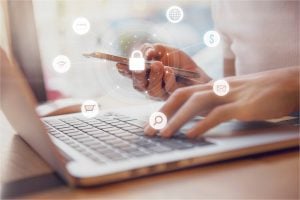 August 1, 2017 – McDermott & Bull has placed Eric Wilson as chief information officer (CIO) with SAFE Credit Union, one of the largest credit unions in California. The search was led by Brandon Biegenzahn, president of the firm and co-chair of its financial institutions practice, along with associate principal consultant Michelle Davis and senior recruiting associate Shree Thakarar.

“Eric brings a track record of success as a technology leader from a high performing financial institution,” said Mr. Biegenzahn. “Moreover, he offers diversity of thought, as he previously led the IT function outside of the financial services sector. His strategic skillset, coupled with his all-around likeability, make him the ideal candidate for SAFE Credit Union.”

Mr. Wilson’s previous job was as chief technology officer at Rabobank N.A., managing a team that oversaw bank-wide applications, networking, field services and helpdesk operations.  Prior to that, he was CTO at FusionStorm and CIO at Raley’s Family of Fine Stores.

SAFE Credit Union, which was founded in 1940, provides a full range of financial solutions for consumers and small businesses through 21 service centers across the Greater Sacramento region, over 30,000 co-op ATMs nationwide and a mortgage lending office serving Contra Costa County. It currently has more than $2.54 billion in assets and over 200,000 members.

McDermott & Bull, for its part, was founded in 2001. Its practice leaders all have substantial executive experience and serve public and private companies across most industries. Since the advent of MB Interim Leaders in 2011, McDermott & Bull has served both the permanent and interim needs of its clients. Its clientele includes: CoreLogic, Epson America, Hyundai Capital America, In-N-Out Burger, Kaiser Aluminum, Unified Grocers, Cisco Systems, and Chicken of the Sea, among others. Also, the firm’s executive network program helps senior-level executives build relationships with C-Suite and VP-level executives throughout the country.

In March, the firm named Mr. Biegenzahn as its president. His strategic thinking, deep client relationships, entrepreneurial acumen, and leadership skills will be vital assets, say his colleagues, as the firm continues to push into new markets.

The chief information officer is considered among the most strategic roles in any organization. Executive search consultants who specialize in recruiting for the position say that the best CIOs can dramatically differentiate a company’s offering in the market, while a poorly performing one can be an organization’s single point of failure. Still, headhunting within the function remains challenging, and skilled, C-suite IT professionals are among the toughest to find.

All the same, CIO hiring and recruiting information technology teams are on the rise. Nearly a quarter (22 percent) of U.S. CIOs plan to expand their IT teams, according to the Robert Half Technology “IT Hiring Forecast Trend Report.” It represents a three point rise from the beginning of last year and an eight percentage point jump from one year ago.

The CIO is enjoying unprecedented influence, and the role is being stretched in many directions, according to Albert Ellis, CEO of the Harvey Nash Group. “From grappling with an increasing cyber security threat, to working with the board on innovation and digital transformation, CIOs are dealing with a more varied range of challenges than ever before, many of which are far, far away from traditional IT,” he said. “Adaptability, influencing skills and an ability to keep a clear head in uncertain times are becoming increasingly important business skills for today’s CIO.”

In recent months, a number of organizations have turned to executive search firms to help them find top flights CIOs. Here are a few of the top assignments tracked by Hunt Scanlon Media:

Check Out These Related Articles On Recruiting For Credit Unions: