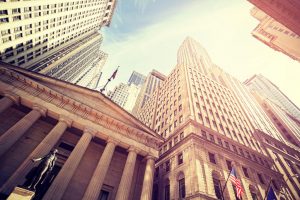 July 17, 2017 – Axis Bank Ltd., India’s third-largest private bank, has selected Egon Zehnder to conduct its search for a chief executive officer to succeed Shikha Sharma, who is set to step down next year. Axis hopes to choose its new leader by December, according to sources.

The search is emblematic of a recent wave of search firms placing chief executives at top banks across the globe.

Mumbai-based Axis Bank had been battling a surge in soured debt that led to a slump in profit for five straight quarters through March, exchange filings show. In April, chief financial officer Jairam Sridharan expressed confidence that the worst of the bank’s bad-loan issues were over. Still, shares of the bank more than tripled in the eight years under Ms. Sharma.

Egon Zehnder is no stranger to Axis Bank. In 2009, the leadership provider placed Ms. Sharma into the bank’s top role. That search included senior executive candidates from Indian and multinational firms in the finance sector.

Axis Bank offers a comprehensive suite of financial products. The bank has 3,300 branches, over 13,000 ATMs, and nine international offices. It employs over 50,000 people and has a market capitalization of $16 billion.

Egon Zehnder’s global wholesale and investment banking practice works closely with international and regional banks and advisory firms to address executive hiring needs and support strategic assessment and development of individual leaders and teams. It has more than 45 consultants worldwide who are serving clients in this sector, advising boards, CEOs and executives on industry-specific leadership strategies, and are career advisors to many current and future top professionals in the industry.

The firm has recent experience recruiting leaders for banks. In March, Egon Zehnder placed Christos Megalou as CEO of Piraeus Bank. Mr. Megalou more than satisfied the organization’s requirement of possessing at least 10 years of experience in a senior role abroad, having spent 15 years in investment banking at Credit Suisse Group AG prior to joining Eurobank in 2013.

The National Bank of Greece (NBG) also selected the firm not long ago to lead its hunt for a new chairman. The new chair must have a good understanding of the regulatory, legal and economic environment in which the bank operates. That includes the ability to efficiently interact with various stakeholders (HFSF, for example, as well as other shareholders, the European Commission, regulators, other official or private sector institutions) and the media.

Financial services organizations facing a new competitive landscape, regulatory challenges, and a constant struggle to manage cost and efficiency need strategic leaders with a multidimensional skill-set. Like all financial institutions, banks continue to turn to executive recruitment firms to find new leaders. Here’s a look at some important recent searches from across the sector found in the Hunt Scanlon Media Archives that are either underway or recently completed: