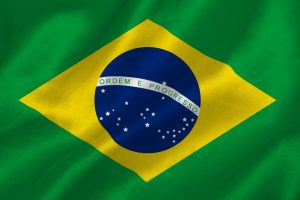 July 18, 2017 – Brazil is the largest national economy in Latin America, the world’s eighth largest economy at market exchange rates and the seventh largest in purchasing power parity, according to the International Monetary Fund and the World Bank.

It has a mixed economy with abundant natural resources and is projected to become one of the five largest in the world in the decades to come.

It is no wonder that executive search firms have found it as prime location for expansion in recent months.

Mr. Frenster comes to Horton with nearly a decade of executive search experience and over 25 years of experience heading family, private and public, medium/ large local and international companies. Having actively participated in proceedings related to implementation, restructuring, startups and M&A of organizations in Brazil and globally, he has a deep understanding of business needs.

Ross Eades, chief executive of the firm, said he was excited to have Mr. Frenster lead the new and important office. “The addition of the team further underpins our strategy across Latin America and globally, to ensure our clients receive the best local and worldwide knowledge and expertise,” he said. “This demonstrates our continued determination to expand our capabilities across all global major economies as well as our commitment to new and emerging markets.”

“Hans is an exceptional addition to our Americas team,” said Josh Hollander, regional director of Horton International for the Americas. “He has built and directed organizations on an international scale as a successful operating executive and a leading executive search professional. I am excited to add his deep knowledge of the local market as well as enhancing Brazil’s place in the broader Latin American and global economies.”

Data suggests that the economy in Brazil has turned a corner, after GDP contracted sharply in 2016. The manufacturing Purchasing Managers’ Index recorded the best result in over two years in March and both business and consumer confidence rested at multi-year highs. In addition, the country logged a record $7.1 billion trade surplus in March, aided by strengthening commodity prices.

A number of executive recruiters have turned to South America to expand their own businesses in recent months. Here’s a look at some of the more recent developments found in the Hunt Scanlon Media news archives:

Kincannon & Reed named Ricardo Casiuch as managing director in Brazil. He will be serving clients in the crop inputs sector. His background includes executive positions in agribusiness and biotechnology for Brazilian, American, Canadian and Italian multinational companies.

Madrid-headquartered executive search firm Talengo named Adriana Marfil and Sofía Said as associate directors in its subsidiaries in Mexico and Colombia. A specialist in the financial and professional service sectors, Ms. Marfil’s incorporation will be key to reinforcing the growth that the firm has experienced in Latin America.

TRANSEARCH International opened two new offices in Brazil located in Sao Paulo and Curitiba. Ricardo Du Pain, who will head up the Sao Paulo office, has 15 years of experience in professional services and specializes in the pharmaceutical, consumer goods and high tech industries.

Executive Search Firm Taylor Hopkinson Associates opened a new office in Mexico City as it continues international expansion in high-growth markets. The new beachhead will lead the firm’s expansion into Argentina, Chile, Columbia and other emerging markets in Latin America.

Check Out These Related Articles On Search Firms Expanding to Brazil: 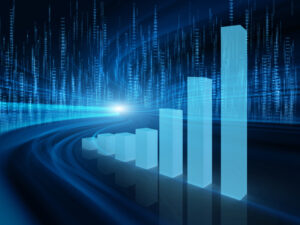