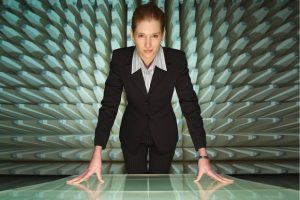 But there is still a lot of work to be done to strengthen and expand female board representation. Six S&P 500 boards (one percent) have no women directors, a noteworthy decline from 2006, when 52 boards (11 percent) included no female members. More than three quarters of boards (76 percent) include two or more women, a significant increase from 51 percent a decade ago and 58 percent five years ago. One quarter of boards have three women directors, compared with just 12 percent of boards in 2011.

Twenty four S&P 500 companies (4.8 percent) had a woman serving as CEO as of the May 15, 2016, proxy cut-off date that Spencer Stuart examined, an increase from three percent five years ago. Since then, one female CEO (Lauralee E. Martin) stepped down in 2016 and three announced plans to retire or step down in 2017 (Susan M. Cameron, Gracia C. Martore and Ursula Burns); and five women were named CEOs: Shira Goodman at Staples, Debra Crew at Reynolds American, Tricia Griffith at Progressive Corporation, Vicki Hollub at Occidental Petroleum and Pat Kampling at Alliant Energy.

Despite increased attention to the topic of board diversity, representation of minority directors at the top 200 S&P 500 companies has not significantly changed over the past five to 10 years.

Importance of Diversity On Boards

According to PwC’s 2016 ‘Annual Corporate Directors’ report, nearly all directors (96 percent) agree that diversity is important. But how important it is and how much it helps depends on whom you ask. Female directors have a much stronger opinion about the benefits of board diversity than male directors.

One of the main difficulties in adding diversity to corporate boards is that many boards look to current or former CEOs as potential director candidates. But only four percent of S&P 500 CEOs are female, according to a poll by Catalyst, and only one percent of the Fortune 500 CEOs are African-American.

So where can boards find qualified diverse candidates? The PwC suggests that first the pool of potential director candidates needs to expand. And then boards will have to look in different places. There are often many untapped, highly qualified, and diverse candidates a few steps below the C-suite — people who drive strategies, run large segments of the business, and function like CEOs.

But female directors think there are far more qualified diverse potential directors out there than male directors do. Still, boards are starting to use public databases in their talent search — an indication that they may be looking for diverse qualities in those new candidates.

“There is no doubt that a gender-balanced and diverse board can add real value to operational and financial performance,” said Alicia Yi, managing director, board & CEO services at Korn Ferry. “We have a long way to go when it comes to fully embracing diversity. Thus, a stronger push is needed to bring corporate boards to the next level.”

“There’s a clear link between diversity of thought at the decision-making table and those companies that outperform,” said Fergus Kiel, a partner in the CEO & board practice of Heidrick & Struggles in Sydney. Gender diversity is acknowledged in playing a key role in the process of expanding that diversity of thought, he said. “In our experience, chairs want experienced senior executives on their boards, and we believe the only way to get parity sought is to ensure there is a continued effort to ensure a healthy pipeline of diversity in front-line executive positions.”

Check Out These Related Articles On Boardroom Diversity:

Egon Zehnder Offers 7 Steps to Improve Diversity 10 Key Findings That Impact Board Performance Women In the C-Suite Lagging Male Counterparts Path to Profitability: The Business Case for Board Diversity Global Boards Step Up Efforts to Broaden Roles for Women