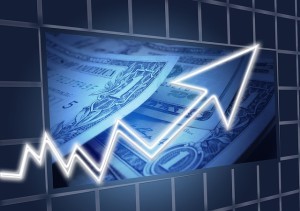 October 28, 2015 – Chicago-based Heidrick & Struggles International / (NASDAQ:HSII) posted consolidated net revenue of $138.4 million in the third quarter, up 10 percent from $125.8 million a year ago. The stock jumped 21 percent on the news.

For the current quarter ending in December, Heidrick & Struggles said it expects revenue in the range of $128 million to $138 million.

Three months ago, Heidrick increased its bank credit facilities to give the company additional investment options. “The increase and extension of our credit facility, combined with our balance sheet and capital structure, provide Heidrick with total financial flexibility as we continue to invest in our business and pursue our growth strategy,” said Heidrick CFO Richard W. Pehlke at the time.

Heidrick recently appointed Ron Lumbra as region leader for its Americas region. He leads a team of more than 350 partners, principals and associates serving clients across all service sectors. Mr. Lumbra joined the firm from Russell Reynolds Associates, where he served as managing director and co-leader, Americas CEO and board services.

“We began the fourth quarter with the acquisition of Co Company, a London-based advisory boutique specializing in leadership and organizational development services,” said Mr. Wolstencroft.  “With this acquisition we added consultant expertise, new service offerings, and scalable tools and methodologies.” Recently, Colin Price was appointed to lead Heidrick’s leadership consulting practice globally, with a clear directive to grow and scale the business.

Heidrick & Struggles’ shares have declined roughly five percent since the beginning of the year. The stock has risen one percent in the last 12 months. Its market cap has now risen to just under $500 million.