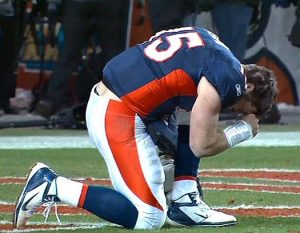 October 25, 2016 – CarterBaldwin Executive Search has placed Shane Williamson as president and chief executive officer for the Fellowship of Christian Athletes (FCA). The search was led by CarterBaldwin founding partner Price Harding. After a far-reaching search, the board selected Mr. Williamson, currently the FCA executive director of field ministry who has been involved with FCA for 24 years. FCA’s current president and CEO, Les Steckel, will retire at year-end after 12 years of service.

“FCA conducted a comprehensive, national search for our new president, and the candidates we interviewed were tremendous leaders in their fields,” said Bruce Graham, board chairman. “When it came down to it, we were thrilled to discover that the Lord led us to someone from our own FCA family — someone who understands the heart and soul of FCA.”

“Shane will succeed Les Steckel, one of the most passionate leaders in FCA history, and Les and our entire board wholeheartedly agree that Shane will carry out FCA’s strong vision to impact coaches and athletes for Christ and continue to take the ministry to new heights,” Mr. Graham added.

Mr. Williamson has served in his current post since 2014 and also served as vice president of field ministry for the Carolinas (2011 to 2014), multi-area director for metro Atlanta (2005 to 2011) and the area director for upstate South Carolina (2002 to 2005). Before his employment with FCA, he was involved as a sponsor while working as a teacher and coach from 1992 to 2002 in four South Carolina high schools.

“I am honored and excited to serve alongside such wonderfully committed teammates, coaches, athletes, supporters and volunteers in leading the Fellowship of Christian Athletes,” said Mr. Williamson. “FCA is a ministry uniquely positioned, through the influence of coaches and athletes, to impact our world by promoting in sport the life-changing message of Christ. As a husband, father, coach and athlete, God has used FCA to grow and change my life, marriage and family in so many positive ways. I can only hope to lead in such a way that continues to give all who serve and support this ministry greater opportunities to invest in coaches, athletes and all whom they influence in the same way.”

Recruiters take great pride in being able to play a role in searches that can have significant positive influence on their client’s organization, said Mr. Harding. And ministries seem no different than their corporate counterparts in seeking leaders who can bring change, transformation and vision. “When that organization can also have significant positive influence on youth around the world, that joy is multiplied exponentially. We are grateful for our privilege to partner with some of the largest global ministries in their search for visionary leadership.”

Since 1954, the Fellowship of Christian Athletes has been challenging coaches and athletes on the professional, college, high school, junior high and youth levels to use the powerful medium of athletics to make a positive impact on the communities in which they serve.

According to recruiters, at least half of all job openings are filled by internal candidates suggesting, perhaps, that companies — or, in this case, a ministry — have relatively reliable bench strength even though leadership development is seen as stagnating at many companies. The main reason given: companies prefer to promote from within.

And for those searches that go to recruiters to manage, with a clear mandate to look wide and deep both inside and outside a client organization, internal candidates surface more often than you think, and get the job about 20 percent of the time.

Why is this? Internal candidates know the business model and organization goals, say recruiters, and oftentimes they have the requisite skills required. They know the customers, clients, and fellow co-workers. They also have established relationships with colleagues and their organization’s leaders — but, more importantly, they have already demonstrated their potential. They can, therefore, assimilate faster and will be likely more satisfied in their new roles than outside hires. In this particular case, knowledge of the organization’s culture seemed to suggest that the best candidate would surface from within.

CarterBaldwin leads searches for a wide range of companies, from non-profits to small, unique niche businesses to a $1 billion manufacturer. Mr. Harding has been recently involved in leading searches for presidents at Young Life, Marketplace Ministries, Mothers of Preschoolers (MOPS) and The Chick-fil-A Winshape Foundation. Additionally, he is currently working to find the next CEO for National Christian Foundation and Redeemer City to City.

Check Out These Related Articles on Searching for Faith-Based Organization Leaders: