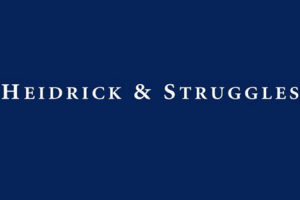 June 4, 2014 – Heidrick & Struggles’ unlikely choice of ex-Goldman Sachs veteran Tracy R. Wolstencroft as its next president and CEO could signal the firm’s intention to makeover – but not reverse – its strategy as a public company. Mr. Wolstencroft is a distinct outsider to the headhunting industry, having cut his teeth in the professional services environment at one of Wall Street’s most respected investment advisory firms. And therein lays his strength, said former colleague, John Thornton. Mr. Thornton, former president of Goldman Sachs and now a co-chairman at Barrett Gold Corp., believes Mr. Wolstencroft has more than the requisite skills to reignite Heidrick’s brand as one of the premier global executive search firms. “Any institution that relies primarily on the abilities of very highly able professionals takes a deft hand to know how to manage and motivate,” said Mr. Thornton, who once worked alongside Mr. Wolstencroft. “Tracy is strategic, global and exceedingly focused on good client development and relationships.” Mr. Thornton said that the skills Mr. Wolstencroft expertly honed at Goldman will soon come into play.

Heidrick & Struggles ended its nearly six-month search to find its leader in late January. Taking more time than it typically does in finding leaders for clients, Heidrick’s delay in finding its own chief came as the result of several candidates fizzling out. Michael Patsalos-Fox, a former McKinsey senior partner and chairman of its Americas region, was one such professional; he opted for the CEO post at global intelligence leader Stroz Friedberg instead. According to The Wall Street Journal, independent Heidrick board member, Mark Foster, a former top Accenture executive, “had hoped to lead Heidrick from London,” but the board preferred that its new CEO be U.S.-based where the firm was founded and enjoys its largest presence – and from where Heidrick has been managed since the early 1950s.

News of the impending hire of Mr. Wolstencroft leaked out to Hunt Scanlon Media, publisher of Executive Search Review, before Heidrick had a chance to bask in its selection; Hunt Scanlon Media posted the news on its daily recruiting newswire service. The CEO search, led by Heidrick veterans Jeff Sanders and Bonnie Gwin, was challenging from the start – as was managing the private whispering and public relations activity surrounding it. But in the end, say supportive insiders, Heidrick used the clock wisely to take a fresh look at itself. They now hope Mr. Wolstencroft will do the same. Stock-owning partners believe that by naming an outsider with keen Wall Street and investment banking skills, Heidrick is now set to move forward more so, they say, than in any time since going public in 1999.

Tracy Wolstencroft, 55, retired from Goldman Sachs in 2010 after a 25-year stint there, most recently as managing director and head of the company’s municipal finance and infrastructure group. Although he has served on a number of boards and has been active in several part time roles, including as an advisory director and chairman of Clean Technology and Renewables, he has not had a day-to-day management job since, leading some prognosticators to speculate whether he is, in fact, ready to assume one of the most challenging jobs the recruiting industry has ever served up.

In the last three years, Heidrick – the fourth largest global recruiter – suffered significant financial losses. In the first nine months of 2013, the firm’s profit plunged 27 percent. In Hunt Scanlon Media’s annual search firm rankings for 2013 (2012 figures), Heidrick’s U.S./Americas revenue fell 11 percent to just above $250 million; by comparison the firm hit its zenith in this region back in 2007, reporting revenues of $309 million. Worldwide in the 2013 ranking, revenue at the firm plunged 16 percent to just under $450 million. During this time the firm was beset by major partner defections, including an exodus of 25 top consultants since the beginning of 2013.

Much of Heidrick’s trouble started under the poor leadership of its last chief executive, Kevin Kelly. Mr. Kelly famously predicted in 2009 that by 2014 Heidrick would shrink its executive search component from 95 percent of its business to only 50 percent. It was a strategy that he pushed with significant vigor, but with real internal support lacking his gamble to diversify the firm’s core executive recruitment business never paid off. Advising clients on succession management, for example, put the firm in direct competition with management consulting powerhouses like Accenture and McKinsey (exactly to where the firm, ironically, turned recently in search of its next leader). Five years out from Mr. Kelly’s bold prediction, a small percentage of the firm’s business comes from ancillary, non-recruiting practice areas as promised. Along the way, Heidrick’s board lost confidence in Mr. Kelly’s ability to lead the firm forward, but it’s indecisiveness during this period became Heidrick’s real problem.

To Remain Public or Go Back Private

Last June, Heidrick confirmed that it was exploring strategic alternatives; in Wall Street parlance Heidrick had placed a large ‘For Sale’ sign at its sprawling Chicago headquarters. The private equity arm of The Blackstone Group reportedly entered into discussions with Heidrick to acquire the company for $18 to $20 per share in an attempt to save the firm’s ever decreasing prospects. But negotiations stalled.

That failure, coupled with Mr. Kelly’s inability to communicate regularly with key partners and management at Heidrick, led to his ouster last July. Long-time firm partner, Jory M. Marino, then stepped in to lead Heidrick as interim CEO. While many had initially viewed Mr. Marino as a temporary stop-gap leader, his short-term tenure was an important stabilizing force. He expertly managed the firm through a difficult summer and into the fall, instilling a culture of confidence. This slowed partner defections. A month following Mr. Marino’s appointment, Heidrick was awarded one of the most visible CEO assignments in some time: Microsoft chose the firm to find a replacement for its outgoing chief.

Many search industry insiders and outside pundits have for years argued that professional service recruiting firms should not be publicly-traded concerns. Soon after its IPO in 1999, which was led by then CEO Patrick Pittard, Heidrick’s stock reached its high watermark – $75 a share on July 17, 2000. Within two years the stock tanked and Forbes summed it all up with a new moniker for the firm, dubbing it “Headaches & Struggles” in its flagship business magazine. Its stock value has since plummeted, trading recently around $16.50 per share. The firm’s market cap is just $298 million; in comparison its chief rival, Korn Ferry, the only other Top Five firm that is publicly-traded, has a market cap surpassing $1 billion.

There was a time when the horse race in the executive search business was among just these two firms. From 1997 to 2007, Korn Ferry ranked No. 1 six of the 10 years; Heidrick ranked No. 1 three times. They were neck-to-neck rivals. But Korn Ferry pulled away and never looked back. Expanding its business from its core offering was easier – Korn Ferry was always more thought of as a go-to recruiter for middle management hiring, and its launch of Futurestep, a relatively successful internet-based recruiting initiative, set it apart. Heidrick was seen as the safer choice, along with its chief rival Spencer Stuart, for the more tony, C-suite hires. The only other U.S. publicly-traded search firm is CTPartners and it has faltered among investors.

While the choice of Mr. Wolstencroft caught many people off guard, in many ways it was a classic headhunting maneuver. CEO hires under the watchful eye of seasoned executive recruiters have been replete with outsiders who champion the transferability of their management skills as an effective means of breathing new life into a chronically ill organization, or one in crisis. One of the first such hires, ironically, was completed by Heidrick’s own legendary recruiter and its former chairman and CEO, Gerard R. Roche, who tapped John Sculley, a PepsiCo marketing executive, to run computer giant Apple in 1983. Mr. Roche famously nabbed Mr. Sculley by asking him this seemingly simple question: “Do you want to sell sugar water for the rest of your life, or come with me and change the world?”

The choice of Mr. Wolstencroft therefore makes sense to many: he’s worked for 25 years in a publicly-traded consultancy environment and he’s maintained high-end client relationships. His skills are easily transferable. “Technically, I am an outsider,” said Mr. Wolstencroft. “But there are many synergies between the two industries so I feel very comfortable managing in this space.”

Heidrick at a Crossroads

One of the key challenges that Mr. Wolstencroft will need to address as he takes the helm at Heidrick will be the strategic direction in which he takes the firm. Executive search firms have been compelled to diversify their businesses in recent years based on client demand, and survival. Since the great downturn of 2007/2008, clients have been pushing their external search providers to work in partnership with them on a myriad of talent acquisition fronts. Korn Ferry was keen to move quickly into this expanding space and now enjoys a highly diversified business services platform from which to grow further as the economy rebounds.

But these same clients have been pulling hundreds of millions of dollars’ worth of search work back in-house. It was originally conceived as a way to save money in lean times but now clients like the control of managing their hiring processes from inside. The result has been an erosion of bread-and-butter search work, vital to the health and well-being of the large recruitment outfits. Social media technologies have also surged during the last five years, giving client companies a further leg up on managing their searches from within – and without headhunters at their side.

Heidrick is, therefore, at a significant crossroads as Mr. Wolstencroft assumes his position. Taking Heidrick back to private company status and focusing on its core strength – C-suite hires and board recruiting – is what so many industry watchers were expecting next given the firm’s recent troubles. It is a business Heidrick has excelled at for 60 years. But returning Heidrick to its roots is not in the cards, at least for now. Mr. Wolstencroft said he’s been hired to run a public company, not a private one, though he concedes it is “still too premature to get into the strategic details” at this early juncture of his tenure.

A Time to Listen

How Mr. Wolstencroft will manage around Mr. Kelly’s mistake of going after non-recruiting revenue will be paramount in the coming months. Returning to, or continuing, the failed strategy of its last CEO, say Heidrick insiders, will only lead to more angst – and more defections. Keeping the firm’s top billing consultants in place, while attracting new ones from rivals, is likely going to be his first priority. To that end, Mr. Wolstencroft said he is spending a great deal of time “listening to the professionals at the firm,” a welcome relief to many who have said they weren’t being heard under their last full time chief. If Mr. Wolstencroft is able to excite this remaining core group of top consultants, his next challenge will be to make up for the substantial partner losses suffered by Heidrick during Mr. Kelly’s tenure. How he might do that is unclear – though his presence alone and a more open leadership style will help.

In an unusual twist of fate, the void created by those who have departed over the last 36 months might work in the firm’s favor. Several key openings in practice areas including healthcare, insurance, aero-space, non-profit and associations could be landing pads for search consultants looking for a new, ground-floor opportunity with a firm undergoing an invigorated shakeup. If Mr. Wolstencroft can attract top talent to these depleted practice areas the firm could jumpstart its rebound. Filling these holes, and upgrading and adding to its consultant levels, is critical. What might most help the firm, and Mr. Wolstencroft, is a rebounding economy. The industry, on average, has been up 10 percent year-over-year for the past two years, and while the executive recruiting sector is performing below that level right now, companies are showing more confidence in their hiring plans for 2014.