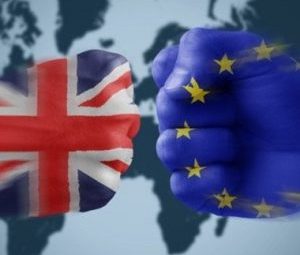 June 27, 2016 – After presiding over a three-year rapid expansion at Sheffield Haworth, Michael Hammond resigned recently as its CEO, reportedly over strategic differences he had with the firm’s founding chairman, Tim Sheffield. His decision to leave was based fundamentally upon a disagreement over the valuation concerning a management buyout of the firm. Mr. Sheffield, chairman and now interim CEO, has resumed his operational duties at the firm.

Mr. Hammond, a business leader with 25 years of global experience, has served preeminent financial and professional services firms in a multitude of senior leadership positions at organizations including UniCredit; Merrill Lynch; UBS; and Credit Suisse.

The sudden departure of Mr. Hammond follows a difficult time for the London-based recruiter, which has seen key defections among its consultant ranks, notably in New York, including director Justin Gault and consultant Peter Hughes. Both recruiters were active in the firm’s chief financial officers practice and recently defected to Korn Ferry. Also parting ways for Korn Ferry: executive director George D. Gilmartin, who spent just nine months with Sheffield. Mr. Gilmartin previously spent six months with KF Futurestep and before that was with Ferguson Partners for nine years. Bennett Jordan, director of the firm’s wealth and alternative asset management practice, has also just departed; he’s now with Whitney Partners in a similar capacity.

Another important defection: Executive director John Budriss, a key leader in Sheffield Haworth’s technology practice who was brought in just four months ago, has left the firm and is now chief talent officer with New York Community Bancorp.

Before joining Sheffield, he ran all talent acquisition for Bloomberg — he was the chief human resources officer (CHRO) leading talent and people-related activities for Bloomberg’s enterprise division. He formerly served as global head of talent acquisition for Reuters. Mr. Budriss is considered a pure talent acquisition expert and he helped to recruit CEO, chief data officer, chief technology officer, chief information security officer and chief data / computer scientist roles at the divisional and enterprise level. He was considered an important driver of Sheffield Haworth’s global technology practice, which recruits data & analytics, cloud, cyber security and risk leaders. At the time of his hiring, Sheffield president, Mark Esposito, called Mr. Budriss “a great asset” to the firm.

Rob Sloan, brought in as head of Sheffield’s Americas executive talent advisory business in an attempt to broaden the depth and range of the firm’s offerings to include executive benchmarking, assessment, succession planning, and team effectiveness consulting, also departed.

He is now offering these services under his own shingle, Starboard Tack Partners. Prior to joining Sheffield, Mr. Sloan spent 12 years with Egon Zehnder, first serving as a global financial services consultant, then as a partner. He established and managed a number of core bank and financial services client relationships for Zehnder, including Alcoa, BofA, Barclay’s Global Advisors and Citigroup. He generated more than $30 million in new revenues for the firm.

More senior level departures are expected to come soon, according to sources who’ve left the firm.

According to a recent ranking of U.S. search firms by Hunt Scanlon Media, Sheffield Haworth ranked No. 21, reporting $11.5 million in fee revenue, a 10 percent decline.

Mr. Hammond’s departure follows what was arguably an impressive performance from the global boutique headhunter. During his three-year tenure, Sheffield Haworth doubled in size with a compounded growth rate of 23 percent, according to sources who have left the firm. And while its U.S. business had declined last year, albeit having tripled in size over the period, it reported $34.6 million in global revenue, a 15 percent increase. In particular, its asset & private wealth management and corporate offices search practices expanded significantly.

But the firm’s global business, like that of any executive search firm with exposure to London and Europe, may come under pressure now that the U.K. has decided to end its 43-year trial run with the European Union. Mr. Hammond, like many of his professional services chief executive counterparts, takes a cautious view.

“We are about to enter an incredible period of uncertainty and uncertainty, unquestionably, leads to a potential slowdown in economic growth. The problem right now is that there is no clear path to what Brexit means,” said Mr. Hammond, who believes that search firms with financial services exposure will have difficult days ahead. “This is why, when leading Sheffield Haworth, I made the conscientious decision to build a business in the Americas, Europe and in Asia, moves that will hopefully help to balance out the coming effects of Brexit.”

Difficult days ahead might very well be an understatement. A crisis has been unfolding in the City, London’s equivalent to Wall Street, for weeks leading up to the country’s referendum vote. Recruiters that service the sector say that now the die has been cast, a massive brain drain of financial talent is looming. Many large banks have plans to move significant numbers of people to Europe — estimates range from 70,000 to 100,000 banking jobs might be at risk over the next year.

Check Out These Related Articles On Top Leadership: