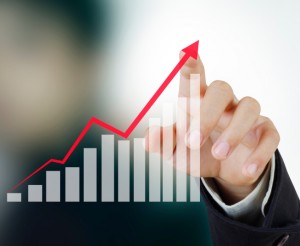 For the fourth quarter, Heidrick recorded revenues of $144.5 million, a gain of 19.2 percent from revenues of $121.3 million a year ago. These results topped Wall Street forecasts, which expected $133.6 million.

For the current quarter ending in April, Heidrick said it expects revenue in the range of $120 million to $130 million.

In January, the company declared a quarterly cash dividend of $0.13 per share. The dividend is payable on February 19 to shareholders of record at the close of business on February 5, 2016.

During the quarter, Heidrick appointed Carlos Garcia as head of its Los Angeles office. He joined the company from Korn Ferry where he served as a senior client partner. Before that he was with recruiting firm Morgan Samuels.

Also during the quarter, the firm named Lyndon A. Taylor as head of its Chicago office. He is active in the firm’s financial services and CEO / board practices. Mr. Taylor rejoined Heidrick & Struggles in 2014. He had spent the previous decade at Russell Reynolds Associates.

This past October, Heidrick appointed Ron Lumbra as region leader for its Americas region. He leads a team of more than 350 partners, principals and associates serving clients across all service sectors. Mr. Lumbra also joined the firm from Russell Reynolds, where he served as managing director and co-leader, Americas CEO and board services.

Earlier this month, Heidrick acquired Decision Strategies International (DSI), a Philadelphia-based strategy and leadership advisory firm. It is Heidrick’s second acquisition in the leadership consulting space in the last four months and marks a further step toward the development of a full-fledged leadership capability solutions business within the firm. DSI is an advisor to some of the world’s best-known organizations, specializing in strategic planning and decision making, leadership development, and talent strategy. Twenty-five employees, including five partners, came along with the deal.

“The acquisition of DSI accelerates the growth of our leadership consulting platform with proven expertise and solutions to help our clients build the leadership capabilities they need to succeed in a volatile, fast-changing world,” said Mr. Wolstencroft.

Heidrick & Struggles shares have dropped 16 percent since the beginning of the year. The stock has decreased roughly two percent in the last 12 months.

Editor’s Note: After the release of its financial overview this morning, Heidrick announced the appointment of three independent directors to its board. They are:

Elizabeth L. Axelrod, 53, served as senior vice president for human resources at eBay for more than a decade. Previously, she was chief talent officer for global communications company WPP. Ms. Axelrod was formerly a partner with McKinsey & Co.

Clare M. Chapman, 55, is former group people director at BT Group, a U.K.-based communications firm. Prior to this role, Ms. Chapman served as director general of workforce for the National Health Service and Social Care system. Previously, she was HR director for Tesco PLC and VP human resources for PepsiCo’s operations in Europe.

Check Out These Related Articles on Global Search Firms: