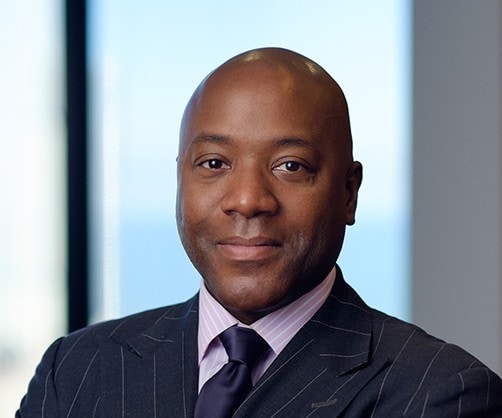 January 6, 2016 – Lyndon A. Taylor has been appointed head of the Chicago office of Heidrick & Struggles. He will continue to be active in the firm’s financial services and CEO / board practices.

Mr. Taylor rejoined Heidrick & Struggles in 2014. He had spent the previous decade at Russell Reynolds Associates, where he focused on C-level executive search and assessment assignments at publicly traded and privately held organizations, rising through the ranks to become managing director within the firm’s financial services practice. He also led its diversity practice. In 2001, he joined Heidrick & Struggles’ Houston office as principal.

Prior to entering executive search, Mr. Taylor worked in investment banking with UBS and Merrill Lynch and spent time in corporate development with a global energy company.

“Lyndon is dedicated to developing and expanding relationships within the Chicago area and throughout the Midwest,” said Ron Lumbra, Heidrick’s Americas regional managing partner. “He is a dynamic culture champion here at the firm who embodies our core values. Lyndon has also played an integral role in expanding Heidrick’s diversity client advisory capabilities.”

This past October, Heidrick appointed Ron Lumbra as region leader for its Americas region. He leads a team of more than 350 partners, principals and associates serving clients across all service sectors. Mr. Lumbra also joined the firm from Russell Reynolds, where he served as managing director and co-leader, Americas CEO and board services.