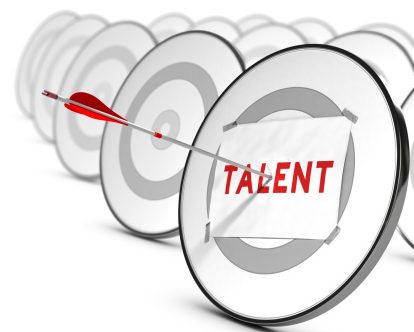 Strong revenue growth boosted by broad-based and increasing demand for the company’s professional recruiting services, particularly in the U.S., have proved to be Robert Half’s strength for the past four years.

The Menlo Park, California-based company recorded profit of $83.4 million, or 64 cents per share. The results matched Wall Street expectations. The average estimate of nine analysts surveyed by Zacks Investment Research was also for earnings of 64 cents per share.

“The U.S. job market remained solid in the first quarter as did demand for our professional staffing and consulting services, resulting in year-over-year revenue growth in all lines of business,” said chairman and CEO Harold M. Messmer Jr. The company’s accounting and finance staffing divisions enjoyed a particularly strong first quarter.

Recent studies appear to back up Mr. Messmer’s outlook. Just last month, according to a U.S. labor report, employers added 215,000 jobs in March. Job growth occurred in retail trade, construction and healthcare while job losses occurred in manufacturing and mining.

Employers, generally, remain confident in their hiring plans, with 36 percent of employers planning to add full-time, permanent employees in 2016. Nearly half of employers (47 percent) plan to hire temporary or contract workers this year.

“This was the company’s 24th straight quarter of double-digit earnings-per-share percentage growth on a year-over-year basis,” said Mr. Messmer. “Unlevered return on equity was 33 percent.”

During the quarter, Robert Half elected Marc H. Morial to its board of directors. Since 2003, Mr. Morial has been serving as president and CEO of the National Urban League. From 1994 to 2002, he was mayor of the city of New Orleans and was elected by his peers as president of the bipartisan U.S. Conference of Mayors.

Protiviti, Robert Half’s global consulting division, also made two new additions during the quarter: John Rao was named a managing director and leader of the company’s insurance industry practice. He also serves as U.S. eastern region financial services leader. He previously served as managing director and U.S. financial services practice leader at Navigant Consulting and as senior vice president U.S. client services and chief administrative officer of the international business at MetLife; Scot Glover joined the San Francisco Bay Area office of Protiviti as a managing director in its internal audit and financial advisory practice where he focuses on serving clients in the technology and life sciences industries. He most recently served as a partner in the business advisory services at Grant Thornton LLP.

Also during the quarter, Robert Half announced that its board of directors approved an increase to its quarterly cash dividend, from $.20 to $.22 per share. The cash dividend was paid on March 15th to all shareholders of record as of February 25.

Robert Half shares have declined slightly more than five percent since the beginning of the year, while the Standard & Poor’s 500 index has increased slightly more than two percent. In the final minutes of trading on Tuesday, shares hit $44.60, a decrease of 21 percent in the last 12 months.

Check Out These Related Articles On Recruiting Firm Performance: