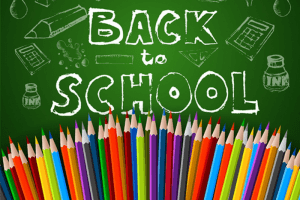 An increasing number of women are moving into high-ranking positions of leadership. Theresa May now leads Great Britain, Angela Merkel has been highlighted as the second most powerful person in the world by Forbes, and Hillary Clinton is the first female presidential candidate for a major party in the U.S.

Other women leaders are taking up an increasing number of high-profile roles, selected to lead in moments of crisis or periods of weak performance. A study found that Fortune 500 companies with weak performance were more likely to promote women and minorities to CEO or board level roles. Researchers speak of ‘status quo bias,’ where organizations only see a need to change patterns of male leadership if they are facing times of trouble.

Rectifying this situation is one of the goals of the ‘Women’s Directorship Program.’ Its supporters said it is designed to unlock the full potential of female executive talent in the international workforce.

“This so-called ‘status quo bias,’ makes it much tougher for newly promoted women to prove their talents,” said Kirti Lad, director Harvey Nash’s board practice and a co-founder of the Women’s Directorship Program. “The Women’s Directorship Program demonstrates our commitment to developing the global female talent pool and arming women with the ability to succeed in any situation. By empowering female leaders to gain the confidence and skills needed to secure board positions, we can have a lasting impact on the representation of women in leadership roles across the world.”

The program is supported by senior business leaders, including Donald Brydon, chairman of the London Stock Exchange; Rick Haythornthwaite, chairman of Centrica and MasterCard; and Raymond Ch’ien, chairman of Hang Seng Bank.

“While we still have a long way to go in achieving boardroom equality, women are increasingly stepping into roles of power and influence,” said Mr. Brydon. “We need to ensure that when female leaders do break through the ‘glass ceiling’, they have the skills to thrive and make a lasting impact. The Women’s Directorship Program is a catalyst for this change, bringing together academia and practitioners to share their wealth of knowledge and experiences, so that female leaders can excel.”

The Women’s Directorship Program enables participants from different business sectors and cultures to develop the communication and management skills required to face the challenges of the boardroom, said professor Larry Qiu, director of executive education, HKU Business School. “By giving the participants access to boardroom insights and experiences of world business leaders, the program ensures female leaders avoid the perils of the ‘glass cliff’ and sets them up for success.”

Now in its sixth year, Egon Zehnder is a founding partner of Northwestern University’s Kellogg Marketing Leadership Summit. This year’s summit theme will be announced soon, but as in past years participants can expect the program to feature a mix of interactive sessions and panels, insights from C-suite practitioners, and previews of new research from Kellogg faculty.

Spencer Stuart and the Wharton Business School have developed the Directors’ Forum, a program which uses role play to provide the opportunity for directors to develop their boardroom skills und understand board processes by sharing best practice and working alongside highly experienced leading figures from some of the U.K.’s top PLC boards.

Heidrick & Struggles has partnered with the Saïd Business School at the University of Oxford to speak to more than 150 CEOs representing a wide range of sectors around the world. The alliance was designed to uncover how CEOs develop the skills they need to lead in a changing world.

Korn Ferry has formed an alliance with Vanderbilt’s Owen Graduate School of Management. The program incorporates practices and tools to build the students’ proficiencies in 15 competencies to promote competitive advantage.

Check Out These Related Articles On Women In the C-Suite:

Diversity Hiring Is Lagging At CEO and CFO Levels Path to Profitability: The Business Case for Board Diversity Empowering Women In the Workplace Starts Here Women Gaining Top Jobs at Elite Recruiting Firms Global Boards Step Up Efforts to Broaden Roles for Women Women Static In Workforce But Gain As Top Talent Advisors