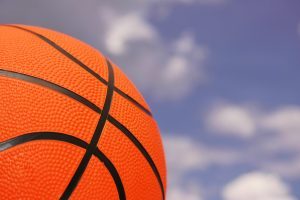 May 8, 2017 – Executive search firm Fogler Consulting has recruited Matt McCall as the new head basketball coach for the University of Massachusetts. The school fired coach Derek Kellogg after nine seasons with the program. The decision to move in a new direction came just after the season ended with the Minutemen going 15-18, including 4-14 within its conference.

UMass now turns to Mr. McCall, who coached Chattanooga to a 48-18 record in two seasons as the team’s head coach. He was named the 2016 Southern Conference Coach of the Year.

Mr. McCall attended the University of Florida, taking a job as a student manager for the team in 2003. He was named Florida’s director of basketball operations in 2006, a position he held until 2008, and was with the program for Florida’s back-to-back national championships in 2006 and 2007 under Billy Donovan. After that he was an assistant under Mike Jarvis at Florida Atlantic from 2008 to 2011 before returning to Florida as an assistant from 2011 to 2015 with Mr. Donovan.

“Matt is a rising star in college basketball coaching who has been a key piece of three successful programs in his career,” said UMass athletic director Ryan Bamford. “He has earned a reputation as a relentless worker, a great teammate and colleague and a confident leader of young men.” He said Mr. McCall has worked with some of the most respected coaches and administrators in the country, who loudly sing his praises. “Coach McCall’s appointment begins an exciting new chapter for our tradition-rich men’s basketball program at UMass.”

Fogler Consulting was established in 2006 by Eddie Fogler, a former ‘National Coach of the Year’ with 30 years of Division I coaching experience. Since then, universities and colleges have turned to him for insight into the world of collegiate basketball coaching, and for top talent. Since launching his business, Mr. Fogler has placed more than 30 college coaches across the nation at all levels of Division I basketball in an unusual search specialty that seems to have high growth potential.

A review of just some of Fogler Consulting’s clients reads like a Who’s Who of leading American colleges and universities: Vanderbilt; Boston College; Texas Tech; Rutgers; Penn State; Georgia Tech; Michigan, Auburn; and South Carolina, just to name a few.

DHR International recruited Jeff Brohm as head football coach for Purdue. He becomes the 36th head coach in program history. The search was led by DHR managing partner and global sports practice leader Glenn Sugiyama. DHR’s sports practice is a global specialty for the firm with capabilities that serve clients in six continents across all sports-related organizations.

Check Out These Related Articles On Searches for College Sports: