Stay Connected:
If you're looking to create a workplace culture that thrives and inspires continuous success, be fair and transparent. Here's what else makes people happy in their jobs. 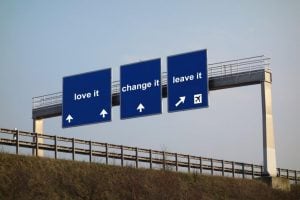 May 8, 2017 – Across today’s business landscape, organizations face numerous obstacles as they deal with the complexities of a 21st century workplace. Managing, and anticipating change, is now part of the common survival process of every organization.

One challenge HR professionals continue to cite is creating and sustaining high degrees of employee engagement across their organizations and developing future leaders who then will sip the same kool-aid. When left unaddressed, good HR leaders know the result is growing turnover rates and decaying performance due to a lack of direction and inspiration.

Given these consequences, it is important for organizations to be well versed in their employees’ satisfaction and engagement levels, which in turn helps them to retain and nurture their key performers. According to a recent report by the Society of Human Resources Management (SHRM), nearly two-fifths (38 percent) of U.S. employees reported that they were very satisfied with their current job; a greater proportion (51 percent) stated they were satisfied but to a lesser degree. Both metrics indicate that the majority of U.S. employees are to some extent satisfied with their present job role.

Employees were surveyed by SHRM about 44 contributors of job satisfaction within the categories of career development, compensation and benefits, employee relationships with management, and work environment. The five factors that employees assessed as the leading job satisfaction contributors were respectful treatment of all employees at all levels, compensation/pay, trust between employees and senior management, job security, and opportunities to use their skills and abilities at work.

“Fairness and transparency are significant themes that repeatedly appeared throughout the top job satisfaction contributors and employee engagement,” said Evren Esen, SHRM director of workforce analytics. “This indicates the importance of these concepts when creating a workplace culture that thrives and inspires continuous success.”

Organizations need talented employees to drive strategy and achieve goals, but with an improving economy finding and recruiting the right people is becoming more difficult. While the severity of the issue varies among organizations, industries and geographies, it’s clear that the changing global economy has created a demand for new jobs, new skills and new capabilities – and organizations are scrambling to find the best workers to fill these positions ….. Here’s some further reading from Hunt Scanlon Media.

Although respectful treatment of all employees seems straightforward and effortless, it has recently received much more attention around the workplace and in society, in general. In the organizational sense, it encompasses a wide variety of challenges given that employee perceptions related to respect touch many facets of the workplace, ranging from diversity and inclusion to prevention of workplace violence and harassment.

According to SHRM, building a company culture that explicitly welcomes respect and equality may be more difficult to stress if an organization has a homogeneous workforce or a strong emphasis on the hierarchy of job levels. These risk factors may make organizations more susceptible to creating an environment where harassment exists. Workplace environments that demonstrate fairness and allow employees to freely discuss opposing views and ask questions are most likely to thrive as a result of this factor’s importance.

The largest percentage of respondents indicated that respectful treatment of all employees at all levels was a very important contributor to their job satisfaction each year since 2014. In 2016, roughly two thirds (65 percent) of employees agreed with this sentiment; however, only 38 percent of workers were very satisfied with this aspect. Not surprisingly, this aspect reflected the most differences among workforce demographics:

Compensation links to employees’ most fundamental safety and security needs by offering financial stability. Hence, it is not surprising that SHRM’s research found that compensation has influence over other organizational outcomes. For instance, satisfaction with one’s pay had a negative relationship with turnover intent, meaning that when employees are pleased with their level of compensation, they are less likely to leave the organization and vice versa.

According to the SHRM report, roughly two thirds (61 percent) of employees noted compensation/pay as a very important job satisfaction contributor, yet a mere one quarter (26 percent) said they were very satisfied with it, marking this factor with the largest gap at 35 percentage points. Millennial employees (37 percent) were more likely to indicate they were very satisfied with their compensation/pay compared with Generation Xers (20 percent) and Baby Boomers (22 percent).

Open Up More Opportunities to Showcase Skills and Abilities

Given that turnover can be costly for organizations, retention of key performers is critical. Job enrichment can be described as providing employees with more stimulating work by integrating vertical work functions of that role. By completing more challenging job duties, employees may be more intrinsically motivated as they experience a greater sense of fulfillment.

Nearly three out of five (56 percent) employees that SHRM polled expressed that the opportunity to use their skills and abilities was a very important contributor to job satisfaction, and 44 percent of employees were very satisfied with these opportunities in their current job.

Executives (64 percent) were more likely to be satisfied with opportunities to use their skills and abilities compared with lower level employees (nonexempt non-management (39 percent) and non-management/individual contributors (42 percent)). This disparity in satisfaction is hardly surprising as lower level employees seldom are the decision makers in what projects they are assigned and, thus, what skills and abilities they use.

The items within these groupings are explored to formulate an employee engagement index. Based on a five-point scale where one signifies the least engaged and five signifies the most engaged, the index represents 38 total factors.

This year’s SHRM survey indicated a moderately engaged workforce with an index of 3.9. Preceding indices exhibited comparable levels of engagement (3.8 in 2015 and 3.7 in 2014). When broken down individually, engagement conditions have an average index of 3.9, and engagement opinions and behaviors have indices of 4.0 and 3.7, respectively. Notice that engagement opinions are higher than engagement behaviors. Employees tend to rate their own engagement levels higher than their colleagues’. Organizations can leverage engagement levels by demonstrating the importance of equity and candidness concluded SHRM. Serving as a reciprocal relationship between the employee and the employer, engagement has the aptitude to elevate performance and strengthen the link among these relationships.

Despite a relatively high level of job satisfaction and moderate engagement, a fair amount (40 percent) of employees reported, to some degree, the possibility of seeking employment outside of their current organization within the next 12 months. Percentages of employees likely to search for an external position in 2015 and 2014 were marginally higher, at 45 percent and 44 percent, respectively.

According to the SHRM report, the leading reason for employees looking for external positions was higher compensation/pay, followed by better benefits, better job security and additional career advancement opportunities. Not surprisingly, compensation/pay was the top motive for most employees who were not planning to look for positions outside of their organization. Subsequent reasons include flexibility to balance work and life issues, the benefits package, job security, and meaningful work.