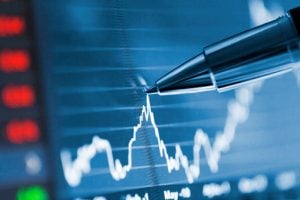 May 15, 2017 – The top 50 executive search firms doing business across the Americas reached a new milestone in 2016, collectively generating $3.1 billion in revenue. For the group, top line growth jumped 9.7 percent – a slight slowdown from previous years, but a clear continuation of an incredible run for an industry that just a decade ago was left reeling from the Great Recession.

“I see an industry in transition, still evolving,” said Scott A. Scanlon, founding chairman and CEO of Hunt Scanlon Media and editor-in-chief of this year’s rankings report. “But, more importantly, what we’re all seeing is an industry that’s at an inflection point. We’re at a point on the curve where the bend has now taken shape.”

That turning point, of course, is the result of a massive industry shift from a singular focus on identifying and recruiting leaders to one providing broader and more sophisticated talent solutions to clients in need. And in need they are. Survey data collected by Hunt Scanlon in the last half of 2016 and the first quarter of 2017 reveals that demand is rising for leadership services that go well beyond finding people.

That demand, said Tim McHugh, global services analyst at William Blair & Co., is fitting hand-in-glove with the relatively recent expansion into accessory services that is being embraced by more of the search industry than seen in the last three to five years.

“Whereas many of the smaller search firms resisted this trend in the past, we now see greater acceptance of the strategic benefits of integrating leadership consulting with executive search capabilities,” said Mr. McHugh. Most of the prominent search firms, he noted, are actively trying to grow capabilities in the leadership consulting space at this point, although most are doing so on an organic basis.

That’s all about to change as more than 80 leading boutique recruitment firms, many seeking expansion capital to push into new business lines, gather this month in New York to discuss valuation metrics and funding strategies.

“It’s been nearly two decades since Korn Ferry and Heidrick & Struggles went to the public markets for funding,” said Mr. Scanlon. That capitalization liked saved Korn Ferry as it staggered out of lean times a decade ago. Today, the rm has a market cap of nearly $1.9 billion.

Heidrick, too, has fared well, using its capital funds for pointed acquisitions and expansion. While it conducted some 4,310 searches last year, kicking in more than a half billion dollars to its top line, Heidrick’s leadership consulting business grew by more than 100 percent. Five of its top 10 clients turned to the company in 2016 for both executive search and leadership consulting advice and it’s that winning combination that others across the field are now trying to emulate – including direct rivals Spencer Stuart and Russell Reynolds Associates. As both have pushed further into leadership consulting, their revenue per consultant figures have risen as a result. Some argue that is the best quality performance metric going for professional services consultants.

Nevertheless, said Mr. Scanlon, “Fast forward to now and you see an expanding, lush landscape that almost by design favors small search firms, specialist players and boutiques that are growing faster than their larger rivals.” Therein lies the opportunity ahead for middle bracket search firms – dubbed ‘super boutiques’ – largely non-existent today, to muscle in, he said. “Smart money is about to put a stake in a brand new segment of the market.”

What’s fueling it all? In a word, clients. Ten years ago, talent acquisition leaders and CHROs were also staggering out of the recession – and they were told to look hard and fast at money spent on external search. Finding talent on social media platforms was getting easier and easier. Using tools like LinkedIn, HR departments started in-house recruiting initiatives that, in time, exploded into full- edged internal search firms in their own right. When they needed outside help, they turned to boutiques, who could help with specialized talent requests, capacity problems, and confidentiality concerns – all while easily sidestepping candidate off-limits problems.

“But the pendulum is swinging back now,” said Mr. Scanlon. “TA leaders need external search partners – they’ve discovered they can’t go it alone entirely – and so a hybrid system is developing.” He said a recent review of in-house programs conducted by Hunt Scanlon, a quarter of assignments are heading back out to search firms to handle.

“It’s a capacity issue with many companies that can’t keep up,” he noted. On top of that, more companies are looking to search firms for a multitude of services – from succession planning and candidate assessments to onboarding and executive coaching. “There’s a perfect storm brewing and its favoring search firms once again.”

Finding more ways to engage with clients is, in fact, the new clarion call heard from small search shops and expanding boutiques as well as the large generalists who’ve been in many of these adjunct businesses for years. But now everyone wants in.

Much of this started with sector leader, Korn Ferry, which enjoyed an enviable 21 percent hike in annual revenue last year, according to the latest Hunt Scanlon industry statistics report. The search giant has been ranked No. 1 for years, but that wasn’t a sure bet a decade ago when the company, like the rest of its rivals, was in crisis.

CEO Gary Burnison pivoted. An entire industry watched, and waited. “We were concerned mostly with surviving,” he said. He pulled Korn Ferry back from the brink by dramatically shifting its focus. That set the stage for his blockbuster deal to acquire Hay Group, a transformational move that put it squarely into the human capital business.

Korn Ferry’s influence over the search industry has always been wide and deep. But looking back, it is safe to say that his bold intervention and reinvention of a company in trouble moved a once-cottage industry forward. His call for a “new conversation on people” sparked debate, but it has also provided a roadmap on how that conversation might proceed and a new direction with potentially rich new milestones ahead.

Universally, that roadmap has been thumbed through by every search industry managing director and CEO, with surprisingly good results. According to Hunt Scanlon’s latest data, more than 80 percent of recruiting firms submitting market research intelligence to the Greenwich, Conn company told its analysts they’ve met or exceeded revenue goals for last year. An expanding portion of that growth is being driven in from supplemental service offerings.

Jason Hanold, managing director of search boutique Hanold Associates, said that is clearly the case for a number of search firms, his firm’s growth is being driven simply by referrals and repeat clients returning with more work. “We’re leveraging supplemental offerings, like predictive analytics into our assessment methodology in order to bring more science to a subjective process,” he said. But, he noted, it isn’t offered as a separate set of activities to create an added fee or revenue stream. “The quality of our execution is going up, and that’s what’s driving our business model forward.”

Dr. Jessica Kozloff, president of Academic Search, said she concurs. “Our team is dedicated to providing individualized searches that highlight the uniqueness of each intuition or organization,” she noted. Repeat clients, she said, represents about half of the firm’s revenue base. What’s more, every client that completes a post-search survey said they would use the firm again. “We believe that speaks to the quality of work we do.”

Tim Conti, founder and managing partner of ON Partners, said his firm’s growth has been fueled in large part by building deeper bonds with existing clients. “There’s been a distinct evolution of our client partnerships,” he said, echoing the belief of Mr. McHugh from William Blair & Co. “We’ve become trusted advisors, engaged regularly, and that’s sustaining our firm’s growth rates.”

A quick glance down the percent change column of this year’s top 50 rankings table shows, for the most part, an extraordinary story of growth. The top 10 search firms grew by just under nine percent year-over-year, eclipsing $2.5 billion in collective revenue. The top 25 slightly exceeded nine percent, hauling in $2.9 billion. Overall, the top 50 were up nearly 10 percent.

Of these new additions, one stand out is Marlin Hawk. Based in London, with an expansive office in New York and a growing presence in San Francisco, the firm has a growing reputation for positively disrupting the search industry and inventing new ways to serve clients. Marlin Hawk is at the vanguard of a growing cadre of boutique providers thinking outside the box – from which services to provide to novel ways to charge for them.

ATLAS is the firm’s latest innovation recently introduced to its U.S. clients. One of them, in fact, has called it a radical new way to procure a full suite of strategic intelligence, talent planning and executive search services.

In essence, it is a reward system – the greater the client’s investment with Marlin Hawk, the greater the value bonus they benefit from. Clients agree to an annual fee in advance, pay a monthly retainer and select from a number of leadership advisory modules – including compensation benchmarking, organizational analysis and talent pool creation. Each module has a different price bracket, but whichever modules are selected, the total value is up to 25 percent greater than the sum of its parts.

The good news for clients: they enjoy a budget that stretches significantly further; they can utilize all of the search firm’s 360 degree talent services in tandem; they can deliver a powerful PR brand message on a daily basis to top executives within targeted fields; and they can invest more in pro-active leadership initiatives that save on more costly searches.

For the search firm, there are benefits as well. For Marlin Hawk, its work flow is becoming more predictable, and that’s allowing the firm to plan resources more efficiently. The search firm now can build an ‘always on’ project team to fulfill specific partnership needs. And it can extend its relationship across more functions within partner organizations. Holistic talent offerings – now there’s an approach to the future.