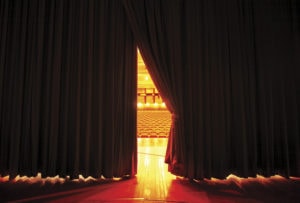 Vallejo Gantner was appointed executive and artistic director of Onassis Foundation USA (OFUSA), in New York City. Mr. Gantner is responsible for overseeing the funding of cross-disciplinary and contemporary projects that explore direct and experiential approaches in art, culture and education into practice and that help shape social change across borders. He brings to the role over 20 years of arts curation and funding experience, most notably as artistic director of Performance Space 122 (PS122) in NYC from 2005 to 2017.

PS122 is a cross-disciplinary arts institution that premieres new works and debuts artists with sustainable support mechanisms. Mr. Gantner transformed this organization by leading a $40 million renovation of the facility, enhancing the producing and development systems within the organization and creating innovative ways of artistically engaging audiences. He also sits on the board of Myer Family Investments, a private investment company in Melbourne, Australia.

OFUSA extends the mission of the global Onassis Foundation, headquartered in Athens, Greece, to American audiences.

Jennifer Turner was named president and CEO of Tennessee Performing Arts Center (TPAC) in Nashville. She succeeds Kathleen O’Brien who is retiring in July following 14 years as head of the arts center and 31 years at TPAC. Ms. Turner hails from Segerstrom Center for the Arts in Costa Mesa, CA, where she served the $64 million arts center for six years, most recently as executive vice president and managing director. In this role she was responsible for general operations including personnel and organizational development, human resources, capital projects and strategic planning, education and community engagement. She also oversaw the major renovation and now programming of the plaza project.

Ms. Turner has 20 years of demonstrated success at performing arts organizations, including Auditorium Theater, Shakespeare Theater Company and Michigan Opera Theater. At TPAC, she will guide the board as it considers long-range master plan options while ensuring the organization continues its strong reputation for arts programming and educational outreach as well as balancing a $25 million-plus operating budget.

In a search spearheaded by Jobplex, a DHR International company, Gillian Gordon was appointed as the inaugural executive director for Sag Harbor Cinema Arts Center in New York. Ms. Gordon has over 20 years’ experience producing film and television. She also has prior executive director experience, leading Youth Culture TV, an educational and media training charity for marginalized young people, from 2003 to 2005. Since 2006, she has been with Royal Holloway University of London, teaching, designing curriculum, managing staff and overseeing enrollment for this graduate program in producing film and television. She begins her new role in July.

The Sag Harbor Cinema Arts Center is being built on the site of a former well-known, iconic movie theater in the village and will be a state-of-the-art facility featuring three theaters, a locally sourced café and bar and facilities for rentals and events. The mission of the center is to create and operate a new art film house and cultural center on the east end of Long Island that will present independent, foreign, and documentary films, offer related educational programming and engage people of all age groups.

Mr. Abruzzo, who works out of New York, has more than 30 years of experience as an executive search consultant to non-profit organizations. His clients include mid-sized to large social service organizations, universities, arts/cultural, international relief, foundations and trade associations. In addition, he is a trained management consultant and is well-known for his work in executive compensation for non-profit executives. Mr. Abruzzo is also co-director and co-founder of the Institute for Ethical Leadership at Rutgers Business School. This center hosts symposia and workshops for non-profit leaders, operates a certificate program in non-profit leadership, provides consulting to non-profit organizations and conducts research on critical non-profit issues. He also serves on the faculty of the Rutgers Business School.