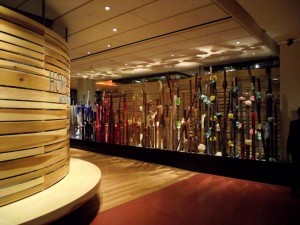 November 1, 2015 – DHR International has recruited David M. Roche as director and chief executive officer for Phoenix-based Heard Museum. He replaces James Pepper Henry, who took a job at a museum in Tulsa earlier this year.

The search was completed by Bill Franquemont, a partner in DHR’s Phoenix office. Mr. Franquemont’s clients have ranged in size from pre-IPO, venture-backed start-ups to Fortune 500 companies across a broad range of industries including telecommunications, non-profit, aerospace, consumer products, food processing, distribution and durable goods manufacturing.

Mr. Roche previously served as director of Sotheby’s American Indian Art Department for the past 18 years. During his tenure there, some of the most important collections of American Indian art were entrusted to his care and resulted in landmark sales. He has consulted and lectured on American Indian art at museums and universities around the world including the British Museum, the Denver Art Museum, the Metropolitan Museum of Art and the Andy Warhol Museum.

Prior to joining Sotheby’s, Mr. Roche served as the director of Gallery 10 in Scottsdale and Santa Fe and as vice president of Kaiser-Engler Group in New York, a firm specializing in financial and strategic planning for non-profit arts organizations.

“David’s passion for and expertise in American Indian art combined with his experience and leadership skills are a perfect match for the Heard Museum. The Board was unanimous in its view that David is the ideal director and CEO,” said Sue Navran, chair of the Heard Museum board.

Since its founding by Dwight and Maie Heard in 1929, the Heard Museum has grown in size and stature to become recognized internationally for the quality of its collections, its educational programming and its festivals. Dedicated to the sensitive and accurate portrayal of Native arts and cultures, the Heard is an institution that combines the stories of American Indian people from a personal perspective with the beauty of art.

In some instances, museum talent is also looking at the headhunting sector for career opportunities. Just this week, The Metropolitan Museum of Art’s president emerita, Emily K. Rafferty, joined Russell Reynolds Associates’ non-profit and board effectiveness practices as senior director. Ms. Rafferty served with The Metropolitan Museum of Art, the nation’s largest art museum, for nearly 40 years. She was elected president by the Metropolitan’s board of trustees in 2005.

Check Out These Related Articles on DHR International: