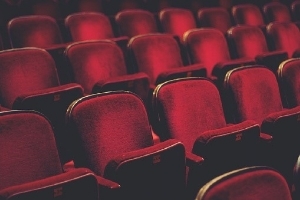 January 30, 2018 – Following an extensive national search, Daniel Phoenix Singh, a dancer and arts leader, has been selected to lead New Spire Arts in Frederick, MD. The search was led by Catherine French Group, a specialist in the performing arts sector located in Washington, D.C.

Mr. Singh “is excited to be working with New Spire Arts and will be announcing the inaugural 2018-2019 performing season in spring 2018,” said the organization in a statement. In his new role, Mr. Singh will lead a $1 million capital campaign that is already underway for the completion of New Spire Stages, a new performing arts center. He will also serve as chief fundraising officer and is expected to build on the momentum provided by the initial support from the Ausherman Family Foundation.

Mr. Singh is currently the artistic director and president of Dakshina/Daniel Phoenix Singh Dance Company. Working from a broad palette of styles such as Bharata Natyam, Modern Dance, and Social dance forms, he creates vibrant dances that mirror the communities that inspire him. He is also on the faculty at Maryland Youth Ballet, and often guest teaches at schools and universities. In addition, Mr. Singh is affiliated with KhushDC, a Washington, D.C., organization serving the South Asian LGBT community and its friends.

New Spire Arts is a performing arts organization headquartered in downtown Frederick that provides performing arts programming and education, inspiring creative engagement from all facets of the community.

Formed in 1998, the Catherine French Group works with symphony orchestras, opera companies, music presenters, festivals, schools of music and other not-for-profit music organizations as they recruit executive leadership, senior management and artistic personnel. Founder Catherine French has been associated with classical music and music management for more than 40 years. Prior to starting the firm, she spent more than 15 years as CEO of American Symphony Orchestra League (now League of American Orchestras), the national service organization for orchestras.

Isaacson, Miller is currently seeking to fill the president and CEO roles for both the Philadelphia and Minnesota orchestras. “The searches came about as a result of our previous work in arts and culture, music conservatories and performing arts schools as well as other orchestra CEO searches,” said John Isaacson, chairman of Isaacson, Miller.

Coleman Lew + Associates recruited Alli Celebron-Brown as the president and CEO of the McColl Center for Art + Innovation in Charlotte, NC, after a national search. A 14-year veteran of non-profit leadership, Ms. Celebron-Brown comes to McColl Center from the Foundation for the Carolinas in Charlotte, where she served as vice president and director of community programs.

Alford Executive Search recently placed Mark Riggleman as executive director of the International Music Foundation (IMF) in Chicago. Most recently, Mr. Riggleman served as the director of education at Lyric Opera of Chicago, where he led education initiatives, reaching more than 100,000 Chicago-area children and adults annually.