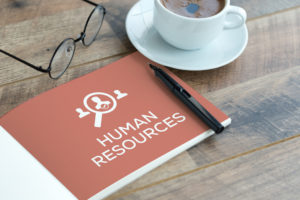 April 11, 2019 – The chief people officer position is still a relatively new title within the HR function. It first appeared about a decade ago. But now, as companies look to build internal brand awareness and set their sights more on establishing and driving their own unique cultures, CPOs are coming more into vogue.

“Jeff has extensive experience that’s a great match with our mission to be a leading employer in the Tampa Bay region,” said Gary Regoli, president and CEO of Achieva. “Attracting and retaining talent is one of our top priorities, and Jeff’s the right person for the job.”

Mr. Blake brings nearly 20 years of human resources and credit union management experience to his new role. Most recently, he was senior vice president of human resources at United Federal Credit Union in St. Joseph, MI, for nine years. In this role, he directed the company’s recruiting strategy and oversaw its employee training, leadership development and benefits and rewards programs. His work at United Federal Credit Union helped produce an award-winning company culture, earning accolades like “Best Places to Work” honors. Mr. Blake has been member of the Society for Human Resource Management for 19 years, and has been actively involved with WorldatWork for nine years.

In his new position, Mr. Blake will lead Achieva’s human resources team in driving an employee culture that’s focused on collaboration and personal growth. He will be responsible for leading the company’s employee relations, recruiting and retention strategies. He will also oversee employee professional development and community outreach initiatives.

Achieva Credit Union was founded in 1937 in Pinellas County. Today, it is rated a Superior 5-Star credit union by Bauer Financial and has more than $1.7 billion in assets and 25 branches serving more than 160,000 members. Anyone who lives or works in Charlotte, Collier, DeSoto, Hernando, Hillsborough, Lee, Manatee, Pasco, Pinellas, and Sarasota Counties, or whose family member has an Achieva Credit Union account can bank with Achieva.

With a “work hard but play hard” mantra, Achieva prides itself on a vibrant company culture that includes everything from allowing its employees to bring their dogs into work, to rallying its team to brainstorm the next community event, said the search firm.

In recent months, search firms have helped companies find new chief people officers across the nation. Here is a sampling from the Hunt Scanlon Media archives: