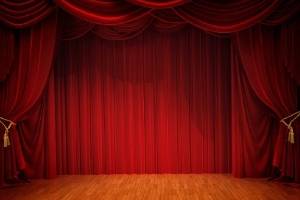 December 12, 2017 – Theatrical, film and music organizations have been turning to executive search firms in recent months to find new leaders. Among them, Alexander Whitehead Executive Search has placed Ashlie Corcoran as the new artistic director at Vancouver’s Arts Club Theater Company. Bill Millerd, who helped lead the organization for more than 40 years, will step down as artistic managing director in 2018.

The theater company’s executive director, Peter Cathie White, and board chair Bruce Flexman oversaw the search. The organization was seeking an experienced and visionary theater artist capable of creating and executing a vision to engage, challenge and inspire diverse audiences.

Ms. Corcoran fits that bill. She has directed theater and opera across Canada and internationally and most recently served as artistic director of Ontario’s Thousand Islands Playhouse. She also opened the Shaw Festival’s 2017 season with the musical ‘Me and My Girl.’ Before that, Ms. Corcoran founded Theater Smash in Toronto in 2005, launched a freelance directing career in both theater and opera, and completed the Urjo Kareda residency for emerging theater artists at Toronto’s Tarragon Theater in 2011.

“I’m thrilled to welcome Ashlie to the Arts Club as my successor,” said Mr. Millerd. “Ashlie is an award-winning director with the ability to excite audiences whether she is directing large musicals, classical dramas and comedies, or experimental new work. She is also passionate about new play development and education initiatives— two programming areas where the Arts Club has invested energy and resources for many years.”

Ms. Corcoran said she looking forward to her new role. “I am ecstatic to be joining the Arts Club Theater Company, an organization I deeply care about, in a city that I love,” she said. “I am excited to immerse myself in Vancouver’s cultural community, build on Bill Millerd’s phenomenal legacy and collaborate with Peter and the Arts Club’s fantastic staff and board.”

With an annual budget of $15 million and three repertory stages, Arts Club Theater is the largest regional theater in western Canada.

Based in Vancouver, Alexander Whitehead Executive Search is a boutique consulting firm that provides advisory services to global clients in executive and senior management searches. The firm works within the industrial sector, specifically oil & gas, mining, energy, forestry, transportation and construction, as well as the public sector, post-secondary institutions and not-for-profit organizations requiring board directors and executive leadership.

Coleman Lew + Associates recruited Alli Celebron-Brown as the president and CEO of the McColl Center for Art + Innovation in Charlotte, NC, after a national search. A 14-year veteran of non-profit leadership, Ms. Celebron-Brown comes to McColl Center from the Foundation for the Carolinas in Charlotte, where she served as vice president and director of community programs.

Alford Executive Search recently placed Mark Riggleman as executive director of the International Music Foundation (IMF) in Chicago. Most recently, Mr. Riggleman served as the director of education at Lyric Opera of Chicago, where he led education initiatives, reaching more than 100,000 Chicago-area children and adults annually.