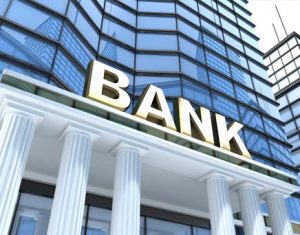 The announcement of Mr. Christy’s successor follows an intensive six-month search led by Mascoma’s board of directors, with the assistance of Kaplan Partners. The board’s search spanned the Northeast region, and ultimately circled back, ending close to home with the selection of local business leader Mr. Adams as the first choice. He has been a member of the Mascoma Savings Bank board of directors since 2011, and presently chairs the bank’s strategic planning committee, as well as its wealth management subsidiary, Mascoma Wealth Management, LLC, and the Mascoma Savings Bank Foundation.

“In selecting the bank’s new president and CEO, the board’s first priority was to find the right person to capably carry forward the values of Mascoma Savings Bank as they relate to our customers, our employees, and our communities,” said board chair Gretchen Cherington. “After a highly successful and storied tenure under the leadership of Steve Christy, the board also looked for someone who can guide us strategically in an increasingly demanding banking environment, ensuring Mascoma’s continued success in the future. Finally, we looked for that special individual who can successfully navigate this significant transition in leadership. Clay Adams is uniquely capable in all these regards.”

Mr. Adams is currently CEO of Simon Pearce, a manufacturer and distributor of handcrafted glass products, which he joined in 2012. Previously, he served for a decade as chief operating officer and then CEO with RSG, Inc., a White River Junction, VT-based consulting firm that provides strategic insights for Fortune 500 and public sector clients through advanced data modeling, market research and forecasting. During his tenure at RSG, the company was honored among the Best Places to Work in Vermont for many years.

“I commend the board of directors on its outstanding selection of Mr. Adams as the next steward of Mascoma Savings Bank,” Mr. Christy said. “I am extremely pleased that the next CEO is someone already living in, committed to, and deeply involved in the communities that the Bank serves, and that he is someone already associated with the bank, who understands its mission and its mutual form of ownership. Mr. Adams has demonstrated exceptional corporate leadership and caring for his co-workers in his prior work at RSG and Simon Pearce, as well as several non-profits.”

According to Mr. Adams, “The opportunity to serve as Mascoma’s CEO is a real honor, and following in Steve Christy’s footsteps is humbling. He and Mascoma’s leadership team have built an institution that is part of the fabric of the community.”

Mr. Adams is expected to join the bank’s management team in the fall, and will work closely with Mr. Christy during the final months of the year before assuming the position of president and CEO on January 1.

Based in Philadelphia, Kaplan Partners specializes in conducting searches for C-level executives primarily in the financial services, corporate financial, private investor and technology sectors. The firm has completed over 50 assignments for financial institution CEOs. Over the past year, it has recruited chief executives for First National Bank of Elmer, Citizens & Northern Corporation, Northfield Savings Bank, and Windham Professionals, Inc.