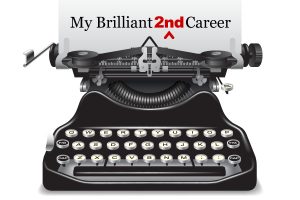 Mr. Crenshaw is an accomplished leader with a 30-year history of delivering business results, most recently as the vice president of oncology commercial operations / business development / payer at Eli Lilly and Company. His strengths include building business development partnerships, while specializing in executive leadership, international expansion and strategic planning.

Serving a Mission As a Second Career

He had somewhat of an inside track to this top post, having served as a member of Young Life’s board of trustees from 2005 to 2009. But it was the chance to strike up a second career in a meaningful way that enticed him to latch on to this opportunity before another candidate could. Baby Boomers, like Mr. Crenshaw, who have spent the majority of their working lives in the private sector, are now looking to round out their working years serving a mission. Called the ‘encore career phenomenon,’ this often means switching to a non-profit organization or institution as a means of starting a second career. For Mr. Crenshaw, this offer to serve could not have come at a better time.

“Many believe that when they have earned enough money, or when they have reached retirement age or when they have found that plateau in their career, they will at that time turn their focus to a leadership role in a non-profit or ministry organization,” said Mr. Harding. “But the fact is that most of the business leaders that we recruit into CEO roles of the nation’s largest ministries have such a deep passion or calling for the ministry that they lead that they often leave very lucrative jobs well before retirement age in order to answer God’s call.”

He said he has seen people who are still on the upward trajectory of a business career leave it in order to take an 80 percent pay cut to accept a job for 20 percent of the income that they were earning in the secular world. In one instance, he noted, a not-yet-wealthy executive turned down a $30 million retention bonus payable over seven years in order to take a $250,000 leadership role in a not-for-profit to which he was being called.

Contrary to popular opinion, said Mr. Harding, if a person waits until they have enough money saved up or are at retirement age, “they have missed the window of opportunity where passion, energy and calling can truly align to provide a platform for global non-profit leadership.” The leadership of a global non-profit, he said, actually requires a step up, rather than a step down, in strategic leadership, focused commitment and personal energy.

“Newt Crenshaw has a deep history with Young Life as a volunteer, donor, committee chair and member of the board of trustees,” said John Brandon, chair of the organization’s board. “His parents were involved with the mission at many levels, and Newt and his wife, Susan, continue to carry that torch of passion and support. Having lived and worked for Lilly in Kobe, Japan (where he helped establish Young Life), he brings significant international knowledge and experience to his new role. For those who know Newt, I am sure you recognize the gift we have in this new leader.”

“What a great time to be part of Young Life — the mission is strong and focused on bringing Christ to kids, all around the world — what a privilege to be a part of it,” said Mr. Crenshaw.

“Recruiters take great pride in being able to play a role in searches that can have significant positive influence on their client’s organization,” said Mr. Harding. “When that organization can also have significant positive influence on youth around the world, that joy is multiplied exponentially. We are grateful for our privilege to partner with some of the largest global ministries in their search for visionary leadership.”

CarterBaldwin leads searches for a wide range of companies, from non-profits to small, unique niche businesses to a $1 billion manufacturer. Mr. Harding, meanwhile, has been recently involved in leading the searches for presidents at Marketplace Ministries, Mothers of Preschoolers (MOPS) and The Chick-fil-A Winshape Foundation. Additionally, he is currently working to find the next president and CEO for Fellowship of Christian Athletes and a CEO for National Christian Foundation.

Founded in 1941, Young Life is a non-denominational Christian ministry that reaches out to adolescents through volunteers, staff, club meetings, and camps. It is active in 7,000 schools with 68,000 volunteers in the United States. Worldwide its programs impact more than 1.8 million children.