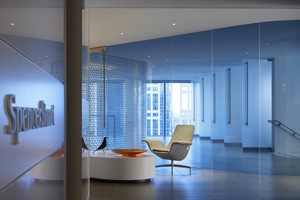 July 25, 2016 – Spencer Stuart has recruited Chris Spear as the ninth president of the American Trucking Association (ATA). He succeeds Bill Graves, who is retiring after more than 13 years with the organization.

Mr. Spear is currently vice president of government affairs at Hyundai Motor Company and has a long career on Capitol Hill, in federal agencies, as well as in the private sector. Previously, he led ATA’s efforts on the Hill and was instrumental in developing and advancing the association’s strategic advocacy agenda, which resulted in public policy that advanced ATA’s pro-trucking, pro-safety and pro-efficiency agenda.

Mr. Spear, recognized as a passionate advocate, effective communicator and relationship builder, has a wealth of political experience in Washington and in the business arena. He was vice president of global government relations at Honeywell International, and he held executive branch positions including assistant secretary of labor. He also served as professional staff for Sens. Tim Hutchinson (R-Ark.), Mike Enzi (R-Wyo.) and Alan Simpson (R-Wyo.).

“Chris’ enthusiasm for the trucking industry and the mission of ATA – to effectively advocate and communicate efforts that improve safety and profitability for our members – is second to none,” said ATA chairman Pat Thomas, vice president of state government affairs at UPS. “We had many excellent candidates for the position, but Chris is the right fit for the organization. We are extremely pleased that he will be joining us.”

Spencer Stuart led the six month search and helped with specifying ATA’s needs for a president and then recruiting candidates, scoring resumes and conducting interviews.

Philip Byrd Sr. of Bulldog Hiway Express, the ATA chairman for 2013-2014, led the search committee. The 11-member committee was selected to incorporate all types of trucking companies across the nation. Mr. Byrd noted that there were so many qualified candidates it became difficult to imagine settling on just one person.

“ATA is lucky to be able to bring Chris in as our next leader. This is an important time of transition for our industry and we are confident that Chris has the strategic vision and leadership to maintain ATA’s position as the strongest voice on behalf of the trucking industry in Washington and beyond,” Mr. Byrd said. “We are also lucky to have had the services of Bill Graves for the past 13 years and we would be remiss if we did not thank him for his work on our industry’s behalf.”

“I’m honored to have the opportunity to lead this great association and serve this vital industry,” said Mr. Spear. “Trucking is the backbone of our economy and a catalyst for American job growth, delivering critical goods to businesses and homes coast-to-coast. I am excited to work alongside ATA’s members and federation partners to ensure the industry continues to prosper and safely move our nation forward.”

The American Trucking Association is the largest national trade association for the trucking industry. Through a federation of 50 affiliated state trucking associations and industry-related conferences and councils, ATA has become the voice of the industry that moves the nation’s freight.