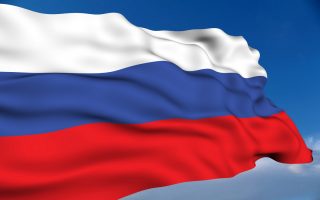 “The addition of this team of world class professionals to Boyden Russia further enhances our global strategy to provide the very best talent expertise on local and international levels”, said Trina Gordon, Boyden president and CEO. “We consider Russia as a critical link to Boyden’s expansion in the developed and developing markets across the world. Olga, Dina and their team bring Boyden tremendous business acumen and outstanding client advisory services, which will continue quality growth of our global footprint.”

“We are all thrilled to join Boyden”, said Ms. Scherbakova. “Boyden’s reputation as a highly respected global firm that is committed to client imperatives in Russia and across all international regions was a key factor in our decision to join the firm.” She said Russian companies and multinationals that operate locally and those looking to expand globally will benefit from the firm’s unification with Boyden. “Boyden’s culture and strategy are ideal to maximize our regional growth and provide exceptional talent advisory services to local and global organizations,” she added.

. . . But a Hostile Business Climate Remains

Russia has an evolving market economy with enormous natural resources, particularly oil and natural gas. It has the 15th largest economy in the world by nominal GDP and the 6th largest by purchasing power parity (PPP). Since the turn of the 21st century, higher domestic consumption and greater political stability have bolstered economic growth in the country. Nevertheless, it remains a risk environment for recruiters looking to expand in the region.

Michael A. Tappan, who co-founded and helped stake out a major claim in Russia for Ward Howell International in 1992, said the current political environment in the country has grown “hostile to cooperative interaction with the West.” As a result, DoverBridge, his latest incarnation as a specialist recruitment advisor offering up foreign independent directors to the boards of companies primarily in the former Soviet Union, has suspended its business efforts in Russia.

“Despite having many friends in the business community there, our analysis is that both demand and supply for foreign directors are low due to Russia’s current negative and aggressive stance in foreign relations and the steady erosion of freedom in that country,” said Mr. Tappan. Accordingly, he said, he and his partners have turned their attention to Ukraine, which seeks the advice and guidance of experienced foreign directors. “This is true both in the private sector and in government economic reform projects,” he added.

This being the case, Mr. Tappan said his former Russian partners at Ward Howell have continued to build their business base in Russia by mostly recruiting Russian candidates to Russian companies.

Whether Boyden will follow this path or take a different course in Russia remains to be seen. But the firm continues to bolster its consultant base in the U.S. and Canada across a number of sector specialties, including technology, media & telecommunications, education, life sciences, and non-profit. Here’s a closer look at some recent activity at the firm:

Check Out These Related Articles On Search Firms Joining Forces: