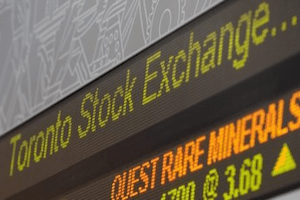 November 14, 2016 – Executive search firm Caldwell Partners International posted full year revenues of $58.7 million (Canadian), an eight percent increase from a year ago. Impacting its results: a near 16 percent uptick in its U.S. business and a 25 percent decline in its home territory due to weaknesses in the Canadian financial and oil & gas sectors.

“A strong performance by our team over the last two quarters allowed us to deliver profitable full year results,” said John Wallace, chief executive officer. Annual net earnings after tax were $881,000. “We are pleased with the manner in which we weathered several challenges this fiscal year, including investments in our U.K. operation and a 25 percent decline in year-over-year professional fees in Canada.” He said the firm’s staffing alignment, real estate relocation and cost reduction initiatives that were implemented during the year, along with a revenue strengthening in Q4, have positioned Caldwell for a strong upcoming year.

“We remain committed to being an annuity-based firm,” he added. “Subsequent to the cost alignment initiatives that we took in the later part of fiscal 2016, we are confident that in normal markets we will deliver an operating profit that will allow us to reward our shareholders through a sustainable dividend, to continue to organically grow our revenues, and to maintain a cash position that will underpin the firm.”

Shares in Caldwell Partners, which trades on the Toronto Stock Exchange, fell one percent to $0.89 in afternoon trading upon release of its 2016 numbers. The firm has a current market cap of just under $18 million.

Highlights from the Year

Caldwell CEO John Wallace sat down with Hunt Scanlon Media this weekend to take us inside Caldwell Partners. In the following condensed interview, Mr. Wallace shares his outlook for the coming year, tells us what’s trending, discusses the impact of the U.S. election on recruiting and tells us why he’s continuing to bet big on offering assessment services to clients.

Here’s what he had to say:

John, what is your outlook for 2017 – both for Caldwell and for the recruitment business generally? 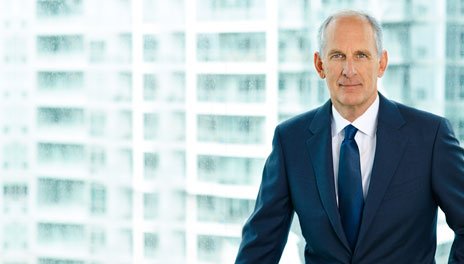 None of us have a crystal ball, and recent events in both the U.K. and the U.S. have shown that the future is impossible to predict, even when the signs appear quite certain. At present, the markets look steady to us – with client demand continuing at about the same pace that it has over the last year. We remain focused on our clients, our firm and our people, working very hard to build a company that can weather the headwinds and challenges that each of our geographic regions could inevitably face. We believe that our eight percent rate of growth over the past year is a testament to this commitment, especially given the flat revenues that some of our competitors have been experiencing. We are very positive about 2017 and do look forward to serving our client’s needs throughout the coming year ahead.

Where do you see trends heading, John? What is in demand and what is more likely to be in demand?

We have seen real strength in life sciences in the last year, and given potential changes in healthcare policy that could be coming in the U.S., we anticipate further growth and demand. We’ve also seen strong and continuing demand in both the technology and industrial sectors over the course of the last 24 months. Cyber terrorism will continue to be a looming threat, regulatory risk and compliance remain an ongoing issue, and innovation and investment is very strong in the digital economy. We would expect that our industry will continue to see real growth in these and other markets.

What impact, if any, do you think the election of Donald Trump will have on the recruitment sector generally?

With only a few days under our belts, the markets have responded favorably to the fact that there is finally some certainty, after what has felt to many like a never-ending election. Beyond that, we will have to wait and see how policy and economic stimulus unfolds under President-Elect Trump’s administration.

Why has assessment become an important part of the recruitment process?

Given the investment that hiring a new executive represents, and more importantly, how making the wrong decision can have disastrous and lingering effects to a firm, clients want to avail themselves with every data point that we can provide in the decision-making process. The competency assessments performed by our partners remain the most valuable aspect of our service, but other behavioral and cognitive assessment services furnish additional insights into executive appointments and assist in fostering smooth and efficient integration into new roles. To deliver an added analysis of each candidate’s latent strengths and underlying weaknesses for that position, identifying their motivations, their job-related strengths, and their developmental opportunities represents a distinct advantage, and is why we have developed relationships with both Caliper and Hogan.