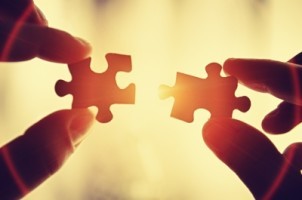 December 9, 2015 – Caldwell Partners has expanded into the Australia/New Zealand market by forming a strategic partnership with Simon Monks, Nick Scarlett and their teams, based out of Auckland, New Zealand.

Under the affiliation agreement, the team in New Zealand will operate exclusively under the Caldwell Partners brand and will have access to Caldwell Partners’ proprietary search methodology, processes, training and certain other intellectual property. Prior to forming his own firm, Simon Monks & Partners, Mr. Monks was a managing partner at CTPartners. Before that, he was a partner-in-charge at Heidrick & Struggles.

“We are extremely pleased to be welcoming Simon, Nick and their team to the Caldwell Partners family,” said John N. Wallace, chief executive officer. “With more than 25 years of experience in both local and international executive search and leadership advisory organizations, they have consulted to a wide variety of commercial enterprises at senior executive level in New Zealand, Australasia and internationally.”

“We have been incredibly impressed by the degree to which Caldwell’s level of expertise, client focus, professionalism and culture is congruent with our own, and we look forward to providing our clients with access to the global talent market via such a high caliber team,” said Mr. Monks. “By joining forces with the Caldwell Partners team, we will be part of the leading international boutique executive search firm.”

“This represents another big step forward for our firm. The countries in which we operate represent nearly 40 percent of New Zealand’s direct foreign investors and, in fact, Canada is New Zealand’s largest source of foreign investment, according to a recent KPMG report,” said Mr. Wallace. “Our entrance into the Australia/ New Zealand market will open up new opportunities to provide seamless international service to our clients.”

Caldwell expanded its business into Latin America earlier in the year by forming another strategic alliance, this time with CPGROUP LATAM Ltd., a company founded by the partners that established and led the Latin American operations of CTPartners. Through the alliance, Caldwell extended its global reach significantly beyond Canada, adding 16 partners in seven offices across Latin America and Florida.

During the year, Caldwell Partners also completed its acquisition of London-based Hawksmoor Search, an executive search boutique specializing in board and senior management recruitment for clients in the insurance and reinsurance markets worldwide. The firm was launched in 2010 by Matthew Andrews, a recruiting professional serving the insurance industry since 1987.

Check Out These Related Articles on Caldwell Partners: