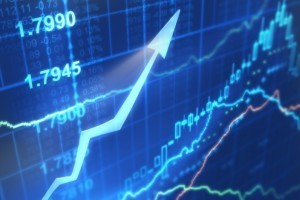 Caldwell Partners International posted fourth quarter revenues of $15.4 million, up 16 percent from revenues of $13.2 million a year ago. Full year revenues jumped 21 percent, from $45.1 million to $54.5 million. Revenue in the U.S. for the quarter was up 14 percent, while Canadian revenues rose 11 percent. For the year, U.S. revenues jumped 17 percent while revenue in Canada increased 22 percent.

“2015 was an exceptional year for Caldwell Partners,” said John Wallace, chief executive officer. Over the last 24 months the firm has increased its annual revenues from $34 million to $54 million, a growth rate of 60 percent. “It is an accomplishment of which we are understandably proud,” said Mr. Wallace. “We will continue to build our practice and functional offerings with exceptional partner hires across geographies in the U.S., Canada and Europe, and will review select expansion opportunities in Asia and the Australia/New Zealand regions where it allows us to strengthen the services we are able to provide to our clients on a global basis.”

Caldwell Partners’ board of directors declared the payment of a quarterly dividend of two cents per common share payable to stockholders of record on November 27.

During the quarter, Caldwell Partners completed the purchase of 5.4 percent of its stock from DHR International. The 1,145,600 shares were purchased at $1.40 per share for an aggregate price of $1,603,840. The shares are being cancelled, reducing the company’s outstanding shares from 21,275,155 to 20,129,555. Last July, DHR offered to pay a 45 percent premium to acquire 100 percent of the equity of Caldwell Partners, but its offer was rejected.

Just recently, Caldwell Partners added Jay Millen as a managing partner to lead the firm’s CEO & board practice. It expects growth in this area to expand exponentially, according to recruiters at the firm. Mr. Millen hails, coincidentally, from DHR, where he served as a vice chairman and head of that firm’s board and CEO practice group for the past three years.

During the year, Caldwell Partners also completed its acquisition of London-based Hawksmoor Search, an executive search boutique specializing in board and senior management recruitment for clients in the insurance and reinsurance markets worldwide. The firm was launched in 2010 by Matthew Andrews, a recruiting professional serving the insurance industry since 1987.

Check Out These Related Articles on Caldwell Partners: