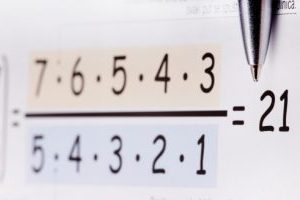 May 4, 2017 – After conducting a nationwide search, Brigham Hill Consultancy has recruited Dr. Steven Solnick as new head of school for The Calhoun School in New York City. He succeeds Steve Nelson who is retiring after 19 years of leadership. The assignment was led by consultant Jessica McCann and Brigham Hill founder Linc Eldredge.

The search committee and board of trustees found Dr. Solnick to be a compelling candidate, albeit one with a career path that might be considered nontraditional but which nevertheless prepared him well to become head of The Calhoun School.

Dr. Solnick, who will start his new role in July, has been serving as president of Warren Wilson College in Asheville, NC since 2012. From 2002 to 2012, he was Ford Foundation representative in Moscow and New Delhi before which he was an associate professor at Columbia University. Dr. Solnick has served on numerous boards and is currently a trustee at Barnard College. He has been the recipient of numerous honors and awards and is a long standing full member of the Council on Foreign Relations.

Many educators view the Calhoun School as a lighthouse of American progressive education. The school has been a pioneer in devising and institutionalizing innovative educational approaches since its founding in the late nineteenth century. “Consistent with that spirit, the search committee asked that we not be constrained by conventional wisdom in conducting the search for the successor to a very successful 18-year head of school,” said Mr. Eldredge.

Recruiting Private School Leaders Growing Sector for Search
Linc Eldredge, Brigham Hill’s president, has a long history recruiting in the non-profit sector. He served as an executive search consultant for 18 years with Heidrick & Struggles, Ward Howell, and LAI Worldwide. Here are some excerpts from a recent discussion with Mr. Eldredge on the nuances of recruiting private school leadership.

“Dr. Solnick’s appointment is the culmination of a year-long, nationwide search in which we met and considered a large number of highly qualified candidates,” said Jon Brayshaw, search committee chair. “The committee formed a strong consensus that Dr. Solnick’s life experience, organizational know-how, and mission affinity will make him an extremely effective leader of Calhoun.”

“On behalf of the board of trustees, I am thrilled to now welcome Dr. Solnick as Calhoun’s next head of school,” said current board chair Eric Potoker. “Steve Solnick has shown an innate understanding of Calhoun’s progressive approach to education, informed by his own early educational experience, and further enhanced by his extensive experience teaching students at some of the world’s most dynamic colleges and universities.”

Mr. Eldredge said that characteristics  commonly sought in heads of school include, in no particular order, include strong intellectual and critical inquiry skills; meaningful academic credentials with respect to both degrees held and experience in education and related fields; leadership and management traits demonstrating organizational awareness, financial knowledge, an ability to envision and execute well-thought-out plans; the interpersonal skills and political acumen to work with a range of stakeholders; and a track record of seeking continually to learn more and improve one’s craft.

“Calhoun found all of these traits and more” in this candidate, Mr. Eldredge said. “Calhoun was drawn to Dr. Solnick’s native intelligence, range of inquiry and experience, transformational leadership, understated charisma, embrace of the tenants of progressive education and understanding of and commitment to diversity, equity, and social justice.”

“Independent schools can be quite complex organizations in terms of their funding, governance, and cultures,” said Mr. Eldredge. “In many cases, they have substantial endowments and relatively large budgets and, accordingly, although they should not be run like a business per se, they must be run in a businesslike way while keeping in mind that the most important ‘bottom line’ is mission delivery.”

So when it comes time to do a search for a head of school, he said, candidates typically (though not always) are grounded in the classroom and have a profound understanding of the mission of independent education. But candidates must also have the skills, knowledge, leadership and management acumen to guide an organization in which constituents of all sorts have a sense of ownership and commitment, he added.

“In our experience, by far most candidates come from the independent school world itself. In the majority of cases they originally wanted to be a teacher, coach, and advisor to young people, but over time their aptitudes and leadership potential were identified and nurtured by school heads or other administrators who mentored them and gave them a variety of positions to prepare them for headships.”

Check Out These Relates Articles On Recruiting Academic Leadership: