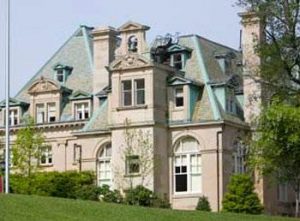 November 28, 2016 – Executive search firm Brigham Hill Consultancy has placed Dr. Denise M. Brown-Allen into the joint roles of associate head of school and head of the upper school at National Cathedral School in Washington, D.C. She succeeds Dr. Sarah Pelmas, who recently joined Winsor School in Boston as its head, an assignment also completed by Brigham Hill this past spring. The search was led by consultant Jessica McCann and Brigham Hill founder Linc Eldredge.

“National Cathedral School sought a person who, on the one hand, had extensive experience teaching in a high school or university setting and, on the other hand, brought the exposure to other grade levels and the intellectual gravitas and emotional intelligence necessary to lead faculty in the lower, middle, and upper schools,” said Ms. McCann. “The school also sought a person who values diversity and equity, demonstrates a commitment to the cultivation of a multicultural community, models critical thinking and ethical action, understands how a school can best serve a broad range of constituents, and is comfortable working in a highly inclusive faith-based environment.”

Dr. Brown-Allen previously served the Pingry School, an independent school in Martinsville, NJ, as director of its upper school. For the past nine years, she has led a team of 90 faculty members, including eight department chairs, who teach 558 students in grades 9-12. Her accomplishments at Pingry include developing student and parent education programs, creating leadership opportunities for faculty, and helping move the school in 2013 from a five-day schedule to a seven-day schedule that allows more time for each class. She joined Pingry in 2008 from Montclair Kimberley Academy in Montclair, where she had spent 15 years. Her roles there included assistant head of the upper school, math department chair, and dean of students.

“All who met Denise in the search process were energized by her presence and appreciated the values she expressed during two visits to campus,” said Kathleen O’Neill Jamieson, head of school. We were agreed that we had the right candidate for this important role at NCS.”

Dr. Brown-Allen takes on responsibility both for the day-to-day operations of the National Cathedral upper school, which is comprised of nearly 320 girls, as well as for providing vision and leadership to support and enhance curricula, programs, and instructional practices across the entirety of the school. She will provide strategic vision and leadership for NCS’s curricula and programs for all grades.

“NCS seemed the perfect place for the next chapter of my career,” Dr. Brown-Allen said. “I attended an all-girls high school, so I am returning to my roots in a way. When I visited, I found the leadership team to be warm, welcoming, and smart.

One of the country’s preeminent girls’ schools, National Cathedral School (NCS) is an Episcopal, independent, college preparatory day school enrolling 585 students grades 4 through 12. Founded in 1900, the school is the oldest member of the Protestant Episcopal Cathedral Foundation and is located on the 59-acre Cathedral Close in northwest Washington along with the Foundation’s other institutions, the Washington National Cathedral, St. Albans School, and Beauvoir School.

“Independent schools can be quite complex organizations in terms of their funding, governance, and cultures,” said Mr. Eldredge. “In many cases, they have substantial endowments and relatively large budgets and, accordingly, although they should not be run like a business per se, they must be run in a businesslike way while keeping in mind that the most important ‘bottom line’ is mission delivery.”

So when it comes time to do a search for a head of school, he said, candidates typically (though not always) are grounded in the classroom and have a profound understanding of the mission of independent education.

But candidates must also have the skills, knowledge, leadership and management acumen to guide an organization in which constituents of all sorts have a sense of ownership and commitment, he added.

“In our experience, by far most candidates come from the independent school world itself. In the majority of cases they originally wanted to be a teacher, coach, and advisor to young people, but over time their aptitudes and leadership potential were identified and nurtured by school heads or other administrators who mentored them and gave them a variety of positions to prepare them for headships.”