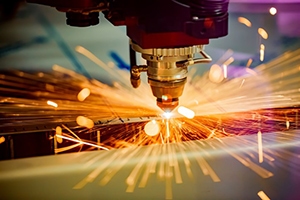 September 18, 2018 – Global executive search firm Boyden has named Francesca d’Arcangeli, a managing partner of Boyden United Kingdom, as its new global industrial practice leader. She succeeds Robert Travis, a managing partner in the U.S. and Canada who was re-elected to Boyden’s global board in May.

“Francesca is the right leader at the right time for Boyden’s Global Industrial Practice,” said Trina Gordon, president and CEO of Boyden. “London is an important hub for our continued EMEA growth as well as our expansion in key markets in the Americas and Asia/Pacific. Most important, she brings valuable leadership, global experience and tremendous client skills to ensure continued strategic development and growth of the practice.”

Ms. d’Arcangeli has 25 years of leadership experience, including 15 years in consulting and nearly a decade in executive search across Europe and the Middle East. She possesses a strong track record in multi-territory and international searches for senior cross-functional roles, including non-executive and executive board members and operational leaders in industrial, petrochemicals and FMCG. She also has extensive expertise working with multinational companies to drive growth through strategic leadership consulting and organizational development.

“Boyden is well-known as a truly consultative partner that understands the challenges and opportunities of our clients,” said Ms. d’Arcangeli. “By adapting and diversifying our own approach we are able to consistently support their objectives with talent, delivering sustainable success. I look forward to working closely with our partners across the globe to further build our market-leading position and key subsector distinction.”

Comprised of some 90 senior partners worldwide, Boyden’s industrial practice is focused on areas of expertise within broad groups including natural resources, the built environment, industrial services, manufacturing and automotive.

Boyden added veteran human resources executive Michele Marchesan as a principal in the firm’s Milan office. In his 30-year career, Mr. Marchesan has overseen numerous searches for C-suite and senior level management throughout Europe, Asia and the U.S. He most recently served as senior vice president and chief human resources officer at Datalogic.

Check Out These Related Articles On Firms Naming Practice Leaders: