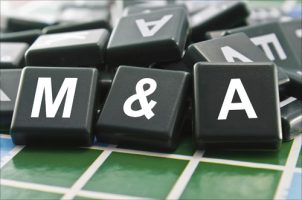 January 5, 2017 – Executive search firm Boyden has announced that Signium Australia, formerly known as Crown & Marks, has joined Boyden to establish a major presence in the Australia and New Zealand region.

Boyden Australia’s new team is led by managing partners Allan Marks and Alun Parry. They are joined by 15 professionals, including two managing partners, two partners, one principal and an associate and administrative team. These additions increase the firm’s reach in key global practices and functional sectors, including industrial, education, consumer, professional services, technology, financial services and board of directors.

Mr. Marks is widely recognized as one of Australia’s leading executive search consultants. In addition to a background in finance, he has extensive experience in executive search throughout Asia-Pacific, Europe and North America as well as Australia. He focuses on CEO and C-level appointments and board roles. Previously, Mr. Marks was chairman of Signium.

Mr. Parry is an executive search consultant in the education and not-for-profit sectors with a particular focus on higher education. He formerly served as partner and head of the higher education practice at Crown & Marks.

“Our team, led by Allan and Alun, brings extensive expertise and significant regional and global knowledge, which accelerates the expansion of Boyden’s capabilities in Australia and across Asia-Pacific,” said Trina Gordon, Boyden president and CEO. “This expansion is aligned with our ongoing growth strategy that includes Australia as a major global talent and leadership center, which will strengthen our service offerings to clients around the world.”

Increasingly, said Ms. Gordon, clients are looking for support in finding and developing talent in multiple locations, both regionally and globally. “This merger of like-minded firms ensures we will provide this support while building even stronger and deeper client relationships on a long term basis,” said Mr. Marks. “Our key areas of focus and expertise in this market fit very well into Boyden’s global platform and client focus moving forward.”

Check Out These Related Articles On Search Firms Expanding In Australia: