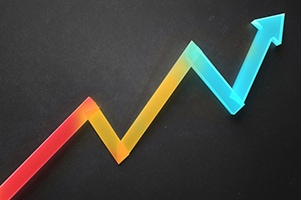 December 11, 2018 – Boyden continues to expand and add talent across several global regions. The firm recently named Chuck Pembroke as a partner in Chicago.

His work in executive search includes the placement of senior executives across several sectors including industrials, technology and private equity.

In addition to his role in executive search, Mr. Pembroke will be an integral member of Boyden’s leadership consulting practice in North America, providing leadership assessment, executive development and succession planning for senior leaders and management teams in the North American market.

Most recently, Mr. Pembroke was founder and president of the KeeLox Group, a boutique executive advisory firm, where he assisted clients in developing and acquiring transformational talent. Prior to joining the executive search industry, he worked at Evergreen Packaging, a global leader in fiber-based packaging, where he held increasingly larger roles in global paperboard, specialty and paper. In his last role as group vice president, Mr. Pembroke led all facets of global sales, sales operations and product marketing. He was also part of the executive leadership team.

“We are delighted that Chuck has joined Boyden to support our expansion in the U.S.,” said Richard McCallister, managing partner of Boyden United States in Chicago. “Chuck’s talent and leadership consulting experience will be a great benefit to our clients seeking business transformation and growth, and he’ll complement our partners across the U.S. and the globe.”

“I’m looking forward to working with Boyden’s highly collaborative and talented partners,” said Mr. Pembroke. “I was attracted by Boyden’s business model, which combines a robust offering and client-centric service to support client organizations at every stage of growth.”

Boyden also recently named Victor Escandón as its new chief financial officer. He replaces Lydia Reitana, who held the role since 2012. Mr. Escandón is responsible for all of the firm’s strategic financial activities and initiatives. He will report directly to Trina Gordon, Boyden’s president and CEO.

Boyden named Francesca d’Arcangeli, a managing partner of Boyden U.K., as its new global industrial practice leader. Ms. d’Arcangeli has 25 years of leadership experience, including 15 years in consulting and nearly a decade in executive search across Europe and the Middle East.

Boyden added veteran human resources executive Michele Marchesan as a principal in the firm’s Milan office. In his 30-year career, Mr. Marchesan has overseen numerous searches for C-suite and senior-level management throughout Europe, Asia and the U.S. He most recently served as senior vice president and chief human resources officer at Datalogic.