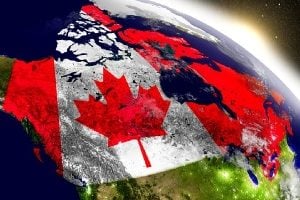 June 5, 2018 – The Bedford Consulting Group has expanded with the addition of David MacPherson as the firm’s newest partner. He will lead Bedford’s global power and industrial practice from the firm’s Ontario offices.

Mr. MacPherson has over 20 years of senior executive search experience, focused on identifying and placing outstanding leaders for his clients in energy and technology. He has completed engagements in the areas of: software engineering and solutions for distributed energy resource management systems; smart grid services; infrastructure software and devices; SCADA, EMS/ADMS software; substation networking and communications devices; energy management services; and automation software products and services.

The majority of Mr. MacPherson’s assignments have been global in nature, including senior technical/commercial roles for SME and Fortune 500 companies in Atlanta, Boston, Singapore, the U.K. and Bangalore. Many of the candidates he has placed continue to hold senior positions with the client organizations years later, proving that he has the ability to understand the key elements of fit from both the candidate and client side of the equation, the firm said.

Most recently, Mr. MacPherson served as a principal with DJM Consulting in Toronto. Before that, he was a director with software company EPS Analytics and Diagnostics. In addition, Mr. MacPherson was a partner with Stonewood Group and managing director, Americas, at Norman Broadbent.

“A key market-focus for David has been the global electricity sector, which is in the early stages of its most dramatic transformation in over a century,” said Bedford Consulting. “The rapid expansion of distributed energy, combined with the newfound availability of data and analytics for utilities, will reshape how the world generates, distributes and consumes power.”

The Bedford Consulting Group is one of Canada’s largest privately-held executive search and talent advisory firms. Its services span the spectrum of talent management, including leadership assessment, coaching and development, and compensation advisory, as well as executive, managerial and senior technical recruitment.

Established in 1979, Bedford is the Toronto partner to TRANSEARCH International and has three offices in Canada: Toronto, Oakville (Ontario) and Vancouver, all of which consult with clients throughout North America and globally.

Bedford recently strengthened its search served by adding John Marshall as partner, covering western Canada. Based in the firm’s new Vancouver office, he leads executive search and talent advisory services for clients of all industries in British Columbia, Alberta, Saskatchewan and Manitoba. Mr. Marshall has over 20 years of experience as a human resources executive. His previous roles have spanned the mining, energy, semiconductor and banking industries. He was the vice president of human resources for New Gold, and also held HR leadership roles with PMC-Sierra, Duke Energy, Westcoast Energy and NatWest Group.

Odgers Berndtson expanded in Western Canada with appointment of Stephen Diotte to partner and head of leadership services for the Western region, as well as the firm’s new Canadian energy sector expert. Mr. Diotte has deep consulting experience in working with leaders globally around talent and organizational strategy and redesign, specifically focused on …

Sunrise, FL-based executive search firm StevenDouglas expanded into Canada with the opening of a new office in Toronto. Navinder Binning, who joined the firm as vice president, is leading the executive search business in the Canadian region, said the firm. Her focus is on further developing the recruiters’ presence by delivering high-caliber talent for Canada’s leading …

, the executive interim division of Odgers Berndtson, has expanded naming Andrew Dmytryk and Camille Petitti to its Canadian team. With more than a decade of search experience, Mr. Dmytryk joined the firm from a Canadian IT consulting organization called ADGA Group Consultants. He is focused on the expansion of the firm’s executive interim offering.