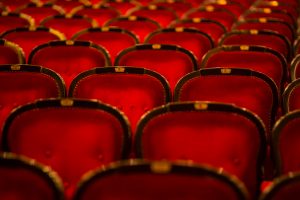 July 11, 2017 – Theatrical, film and music organizations have been turning to executive search firms in recent months to find new leaders. The latest: Vancouver’s Arts Club Theatre Company has enlisted Alexander Whitehead Executive Search to lead its search for a new artistic managing director. The goal is to have the role filled by September.

Bill Millerd, who helped lead the organization for more than 40 years, will step down as artistic managing director at the end of the 2017-18 season. He was instrumental in building the Arts Club into the top theatre company in western Canada, mentoring such diverse talent as Michael J. Fox, Michael Buble, Nicola Cavendish and Eric McCormack. The theater company’s executive director, Peter Cathie White, and board chair Bruce Flexman will oversee the search.

Mr. Millerd’s contract, which ends in August, has been extended until the end of February. He plans to work with his successor for about six months. “And then I think I need to get out of that person’s hair,” he said. “So I’ll be there in support and then bugger off somewhere.”

To fill the role, the organization said, it is seeking an experienced and visionary theater artist who will create and execute a vision that engages, challenges and inspires diverse audiences. That individual will be responsible for artistic programming, hiring directors, casting and technical operations. The artistic director is also expected to support the administrative operations of the organization.

The group said it wants a passionate and collaborative theater artist with experience setting and executing the artistic direction of the not-for-profit professional theater company. That person should have progressive leadership experience as an artistic director within a mid-size or large regional theater environment in Canada.

With an annual budget of $15 million and three repertory stages, Arts Club Theatre is the largest regional theater in western Canada.

Based in Vancouver, Alexander Whitehead Executive Search is a boutique consulting firm that provides advisory services to global clients in executive and senior management searches. The firm works within the industrial sector, specifically oil & gas, mining, energy, forestry, transportation, and construction, as well as the public sector, post-secondary institutions and not-for-profit organizations requiring board directors and executive leadership.

Other performing arts organizations have been turning to executive search firms to find new leaders. Here’s a look at just a few from the Hunt Scanlon Media archives: