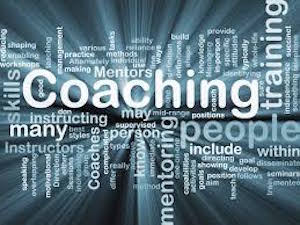 December 16, 2016 – For Hilary Pearl, founding partner of Greenwich, Conn-based Pearl Associates, improving performance through executive coaching and organizational consulting resides at the center of her work. Executive coaching is now a $1 billion business sector, centered around the notion that all employees can improve their performance quickly if coached properly. The result is more highly effective and engaged people who can impact the corporate bottom line.

In the following interview she takes us inside the latest developments in executive leadership coaching. Ms. Pearl begins by discussing the state of executive coaching and organizational consulting today, which she indicates has taken a “step change” in the last decade. She then delves into her work and approach with senior corporate leaders, which includes spending time with coach, boss and key constituents, a step which Ms. Pearl views as critically important. She concludes the interview by addressing key transitions impacting the sector, including technology and the rise of millennials in the workplace.

Ms. Pearl earned an MBA from Harvard Business School and a Masters in communication from Boston University. Her practical approach to leadership and organization issues was developed during her 10 years at PepsiCo, Inc., where Hilary served as director of human resource development, leading the human resources development organization, including training, human resources planning, and executive development and succession. She and her staff were integrally involved in organization-wide change in Pepsi-Cola Company, including increasing its focus on customer service and the front-line salesperson, diversity, and enhancements to company culture. Prior to this role, she served as manager of training as well as director of staffing, attracting top talent at senior levels of the organization.

Hilary, outline the state of executive coaching and organizational consulting today. Is the need by companies on the rise and, if so, to what extent?

Management and executive development has experienced a step change in the last 10 years. The principal drivers in the past were focused on programs to develop specific skills. As it has become clear that one-on-one coaching can be instrumental in driving behavior change and productivity, more companies use coaching for high potential employees, senior management, and now often middle management. Coaching is a $1 billion industry and the number of coaches has multiplied. Companies are becoming more aware of the need for qualified coaches with considerable experience and/or certification. Here is an example of how companies, from startups to the Fortune 500, are using coaching to develop high potentials: A highly talented senior manager in a post startup technology was struggling to establish himself as a well-rounded leader.

“There is nothing more debilitating for an organization than a leader who is marginalizing the effectiveness and productivity of his team.”

With few role models for leadership at the top, he needed leadership direction from a professional and feedback to raise his awareness. Highly intelligent, he tended to get to the right solutions well before his team members and colleagues. This was compounded by insensitivity to the importance of communication to bring people along ‘your’ journey and how important this skill is to driving productivity, empowerment and to growing as a leader. A coaching intervention by us included a 360 degree survey and interviews with key constituents to provide him widespread and specific feedback. We provided him with specific skills to employ. Once the lightbulb went off, this bright and motivated individual went on to change behavior and perceptions – he is now on his way to become the next CEO.

How do the changes you help implement pave the way for how leaders ultimately conduct business, and themselves?

It is critical to have a comprehensive understanding of the business challenges and leadership culture of the client’s organization. Initial meetings focus on building this understanding as the coach develops an effective working relationship and a high level of trust. We always learn about family background, as past events, values, role models, and family roles can be instrumental in gaining awareness of current behavior. Time upfront with the coach, boss and key constituents is key to help the coach focus on those areas which are going to have the highest payoff in increasing the individual’s effectiveness and productivity. In many coaching situations, time spent shadowing as he or she operates at work can provide opportunities for instant feedback on behavior. Here’s an example: Once I was coaching an executive early in his career who was working in a small two person private equity firm. The boss had just hired a more senior person, and my client was feeling very competitive and behaving in manipulative ways to undercut the newcomer. At one point I asked about his role in the family. He had been an only child until his mother remarried someone with an older son; he now had an older step brother with whom he had intense sibling rivalry. As we discussed this, the lightbulb went off that he was replicating this rivalrous behavior with the new hire, and that the behavior would in the end, only hurt him at work.

How can groups benefit from coaching – are there any special dynamics in team coaching of which we should be aware?

As noted previously, a fundamental understanding of the business, its culture and the challenges it faces is a key part of our coaching process. There is nothing more debilitating for an organization than a leader who is marginalizing the effectiveness and productivity of his team. While we have used team sessions to align and build cohesiveness around  values and work behaviors, more frequently ‘fixing’ the leadership issues at the top has the greatest benefit for the team. That said, we often develop team sessions to integrate or align a senior team and will also do organization wide assessments of culture, engagement, and morale —often those companies are trying to drive widespread change in how people work or to build awareness of changes in the culture. Here is a helpful example of team coaching: A financial services firm we had as a client had recently merged as well as hired a significant number of new hires from one company — as a result there were employees from three companies, each of which had very different values. Industry changes in technology were also changing the business and internal landscapes affecting how work was done, leaving different functions trying to prove their worth and value to the organization. We held an offsite with members of different functions all of whom needed to work effectively together. We interviewed staff in advance and fed back to the group the strengths and needs of the group in terms of team work and communication. Working sessions provided the opportunity to address key issues to help drive unity, productivity, and effectiveness day to day.

What changes do you see in the workplace in terms of people practices?

One change I am seeing in the technology industry is a significant difference in the formality of relationships. This is driven both by technology advances and the use of technology by Millennials. Instead of using formal communications like memos or emails, most communication is now instantaneous, with modes such as Google chat, Skype type vehicles, or Slack. Some tech companies are now ‘boss-less’ with no titles, open salary information and nontraditional office setups. Some are using highly creative, technologically driven methods to reward or value performance, such as Facebook-like systems to comment on a helpful employee — the employee then gets a cash award for being a good team member.

How have these trends changed how bosses and subordinates relate to each other? How has coaching changed as a result?

In technology and other companies, manager/staff relationships are far less formal, and individuals are ‘allowed’ to be themselves and show their quirks and eccentricities. At parties, bosses are as likely to stay late and have fun, versus let the ‘younger staff’ be on their own. Relationships are more open, with employees sharing more about their work or career concerns, and since people know how much money others make, employees speculate less on which peers are more ‘valued.’ I spend more time now coaching senior staff of startups or post startups, where there are few experienced leader role models. Often, entrepreneurial leaders need to work on areas such as emotional intelligence — they have vision, charisma, a customer focus, but can be mercurial and insensitive to others. I also spend more time coaching managers on how to manage Millennials coming into traditional companies as new hires — the focus can be on delegation, managing work life balance, formality of communication, dealing with politics and hierarchy.

Check Out These Related Articles On Employment Engagement Trends:

Yahoo! HR Leader Examines the ‘Gravitational Pull’ of Employee Engagement Why Talent Engagement Is More Important Than Ever Failure to Develop, Engage and Retain Talent Is Growing How Companies Can Build Up Their Defenses Against Talent Raids Tightening Labor Supply Driving Competition for Talent Why ‘Boomerang Employees’ Might Be In Your Future

Getting Your Business ‘Exit Ready’ for a Sale