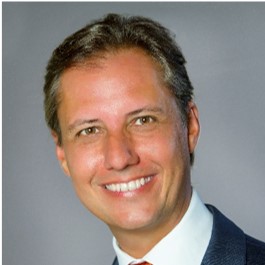 February 23, 2016 – ZRG Partners has established a footprint in Brazil with the addition of Denys Monteiro as chief executive officer. While ZRG has completed searches in the region, this becomes the firm’s first on-the-ground venture  in the Brazilian market.

Mr. Monteiro was most recently CEO of Fesa, Brazil’s largest independent executive search firm where he has worked for 18 years. Since 2013, as Fesa’s CEO he managed a firm of 60 professionals distributed in six offices in Brazil. He led a team of 22 consultants. Before being appointed CEO, he held the managing partner role, responsible for the life sciences, FMCG, TMT and professional services practices. Lately, he was directly involved with board members, CEO, CFO and other C-suite recruiting.

Fesa is currently being led by CEO Alfredo Assumption, the founding partner and chairman of Fesap Holding Company, the majority shareholder of Fesa Global Executive Search.

“Building out our direct team in South America has been an important focus for us as we grow,” said Larry Hartmann, CEO of ZRG Partners. “The addition of Denys as the CEO of Brazil will provide the leadership we need to now build a strong local team that can further support our global clients and expand our reach in Brazil. Denys is the right leader to scale our efforts as we initially open offices in Sao Paulo and then in Rio de Janeiro in the second quarter.”

“ZRG has the right approach to executive search for the Brazilian marketplace,” said Mr. Monteiro. “The firm’s commitment to data and analytics in search has never been more critical, especially considering the challenges that the Brazilian economy is facing. Additionally, the time is right to be part of a global organization that provides seamless and consistent services to clients around the world. I look forward to being part of the senior leadership team of ZRG as we build out our direct team across Brazil and support clients throughout South America.”

That growth continues. In addition to its foray into Brazil, ZRG recently entered into an agreement to acquire certain assets of Pyramid International, a 10-year old executive search firm located in Lausanne, Switzerland. As part of the asset acquisition agreement, AJ Ravenhorst, the firm’s CEO, joined ZRG as a managing director and a member of the firm’s global life science practice.

In December, ZRG expanded into Canada with the addition of David Kinley as managing director in the firm’s new Toronto office. He now supports the firm’s growing private equity-backed recruiting practice where he has extensive experience in technology company search assignments.

And just this month, ZRG was recognized by Hunt Scanlon Media as one of the top cybersecurity recruiting specialists in the U.S. in its annual Cyber20 roster.