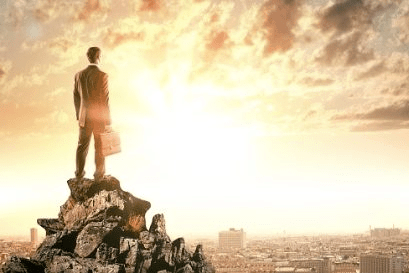 June 21, 2019 – American worker confidence is at its highest level in four years. Following a slight dip at the end of the last quarter, the national Worker Confidence Index (WCI) rose 3.6 points to 110.7 in its most recent quarter, reaching its highest level since the study’s inception.

“While companies can be satisfied knowing their current employees are content in their roles, it does provide significant challenges in recruiting,” said Kathleen King, senior vice president, enterprise solutions, Yoh. “In times of low unemployment when a majority of employees are confident in their jobs and futures, it becomes more difficult than ever to attract new talent and recruit workers away from competitors.”

Workers were also asked: “Do you trust your company’s leadership to make sound decisions for the company and its employees?” Respondents reported that the credibility of CEOs increased by two percentage points in 2019 to 47 percent. Those findings mirrored the WCI, which showed an increase in trust in company leadership during the last quarter from 103.3 to 105.5.

During the quarter, the job security index dropped by 2.6 points to 102.6, very near  the study’s index average of 102.8. Women continued to report higher levels of job security confidence than their counterparts, with the percentage of men who felt that they would lose their job increasing last quarter from 10.3 percent to 12.9 percent, driving the overall decline in perceived job security.

Meanwhile, global CEO confidence fell last quarter to its lowest level in seven years, but chief executives remained confident about growth prospects in the U.S., according to the Conference Board. The overall measure of CEO confidence decreased to a level of 42 from 55 in the previous quarter. A reading of more than 50 reflects a greater number of positive responses than negative ones.

“Looking ahead, CEOs have grown apprehensive about growth prospects for the U.S., while sentiment regarding China and Europe has grown more pessimistic,” said Lynn Franco, senior director of economic indicators at the Conference Board. “India remains a bright spot, with CEOs mildly optimistic about growth prospects in early 2019. Ongoing trade and tariff issues, volatility in the financial markets, cost of debt and expectations of moderating global growth are heightening concerns. If these conditions persist, we are likely to see weak confidence readings going forward.”

Looking ahead, CEOs’ expectations regarding the economic outlook have also turned negative, the Conference Board found. Just 12 percent expected economic conditions to improve over the next six months, down from 23 percent the previous quarter. Meanwhile, about 54 percent expected economic conditions would worsen, compared to 22 percent last quarter. CEOs’ expectations regarding short-term prospects in their own industries over the next six months were also more pessimistic. Now, only 14 percent anticipated an improvement in conditions, down from 22 percent last quarter, while 44 percent expected conditions to worsen, up from 19 percent in the previous quarter.

CEOs’ assessment of current global conditions continued to grow more pessimistic. Sentiment declined sharply for the US, although it remained in slightly positive territory. On the other hand, sentiment regarding China and Europe declined significantly over the past two quarters. The declines in Japan and Brazil have been more moderate, but both markets were still viewed negatively by CEOs. CEOs’ assessment of current business conditions in India declined marginally but overall remained slightly positive.

“I do think the decline in CEO confidence is an indicator that there remains unease among the nation’s corporate leaders that a protracted trade war — not only with China, but with Europe Canada, and Mexico — will most certainly impact economic growth, and quite possibly bring it to a halt sooner rather than later,” said Diversified Search CEO Dale Jones.