Menu
View our Events
Stay Connected:
Although chief executives continue to be optimistic about the economy, their confidence levels have dropped in recent months, according to the latest report by the Conference Board. Let’s go inside the latest thinking and then have some leading executive recruiters weigh in with their predictions. 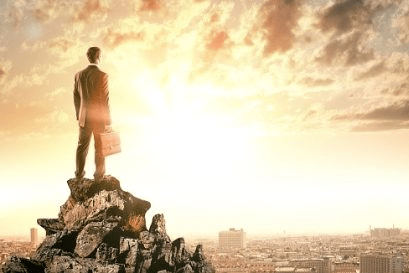 October 9, 2018 – Global CEO confidence fell in the third quarter to its lowest level in two years, but chief executives remain confident about growth prospects in the U.S., according to the Conference Board. The overall measure of CEO confidence decreased to a level of 55 from 63 in the second quarter. A reading of more than 50 reflects a greater number of positive responses than negative ones.

“Tariffs and trade issues, coupled with expectations of moderating growth in 2019, are causing a heightened degree of uncertainty about the global economy,” she said. “More CEOs than last year say they increased their capital investment plans, most likely the result of strong economic growth, increased consumer demand and the 2018 tax cuts. However, whether that increase can be sustained remains to be seen.”

According to the Conference Board’s newly released economic forecast, the U.S. economy will remain at peak performance through the end of 2018, growing by 3.7 during the second half of the year, with consumer and business confidence being the key. The Conference Board’s consumer confidence index and the ISM manufacturing survey are at their highest levels since 2005 and 2000 respectively. “A strong labor market is driving consumer spending forward,” the report said. “Corporate tax cuts, which are helping to fuel record profit levels, along with a robust demand environment, are continuing to boost business investment.”

Worker Confidence Level Approaching Record High
American workers’ confidence is nearing its highest level ever and is continuing a year-long trend of positive progression, according to the national Worker Confidence Index from HRO Today Magazine and Yoh. The index gauges workers’ perceptions of the four key drivers of worker confidence.

“Our Expectations Index also surged in September, suggesting solid economic growth exceeding three percent for the remainder of the year,” said Ms. Franco. “These historically high confidence levels should continue to support healthy consumer spending, and should be welcome news for retailers as they begin gearing up for the holiday season.”

The Conference Board report also found that CEOs’ assessment of current conditions in the U.S. retreated slightly, but overall remains positive. Sentiment regarding Europe and Brazil declined rather sharply, with confidence regarding current conditions in Europe going from positive to neutral. In Brazil, sentiment went from positive to negative. Sentiment regarding India declined, although to a lesser extent, and remained cautiously positive. CEOs’ assessment of China and Japan was about the same as in the first quarter.

Looking ahead, CEOs were the most optimistic about short-term prospects for the U.S., though less so than in the first quarter of this year. Expectations for Europe declined from positive to neutral, while expectations regarding China Japan and India ranged from neutral to slightly positive. Expectations for Brazil, however, turned slightly negative.

In addition, the Conference Board report found that CEOs were optimistic about profit expectations for the next 12 months, with about 91 percent expecting profits to increase, compared to 71 percent last year. Executives in the durables industries were the most optimistic, with all expecting profits to increase. Close to nine out of 10 CEOs in the service industries and eight out of 10 in the nondurables industries expected an increase in profits.

Among chief executive officers who expected profits to rise, 62 percent said market/demand growth will be the primary driving force, while 15 percent cited cost reductions and a similar proportion citing price increases. New technology was cited by eight percent of CEOs as the primary source of improvement in profits, according to the Conference Board report.

In response to the downward trending sentiment in the report, Leslie Loveless, CEO of executive search firm Slone Partners, said that a number of factors come into play. Uncertainty and volatility around increasingly unpredictable and shifting federal regulatory environments are of concern, she said, along with fears about star-performing employee retention. “With extremely low unemployment numbers, it’s a bit naive for company leaders to think that their top people are not being courted by other top organizations for new opportunities,” said Ms. Loveless. “The past eight years have been a bull run, but now all CEOs are trying to predict when it might end. These three factors keep many CEOs awake at night.”

The sentiment about her own national organization, which recruits senior leadership for life sciences and diagnostics firms, is definitely positive. “We are seeing lots of dollars flowing in from capital sources eager to launch and support new companies,” said Ms. Loveless. Investors, she noted, want to quickly take advantage of startling medical advances, particularly in precision medicine, synthetic biology and personalized therapeutics.

“Our outlook over the next 18 months is very positive, and we plan to hire additional executive search consultants to keep up with demand to place senior executives in these newly-funded high sciences and healthcare companies,” she said. “I feel great about this year and into 2019.”

“There is little argument that the American economy is doing very well; the stock market also seems to be showing surprising resilience shrugging off the beginning of the U.S. trade war with China, a signal that robust earnings are still besting politics, at least for the moment,” said Diversified Search CEO Dale Jones. “I do think the slight decline in CEO confidence is an indicator that there remains unease among the nation’s corporate leaders that a protracted trade war — not only with China, but with Europe, Canada, and Mexico — will most certainly impact economic growth, and quite possibly bring it to a halt sooner rather than later.”

And tariffs matter, he said. “In my conversations with CEOs, there seems to still be a wait and see attitude, and a feeling that if the parties can actually be brought to the table to hammer out new trade agreements, it could end up being quite advantageous to the U.S.,” Mr. Jones noted. “However, that is far from a done deal. CEO confidence is likely to further erode if some positive movement is not seen soon, particularly when it comes to the global economy, where the tumult over Brexit is weighing on investors. If there is one constant in the economy, it is that investors hate uncertainty more than anything else.”