Menu
View our Events
Stay Connected:
Executive recruiters around the world have seen an upswing in business, but talent shortages and demographic changes pose tough obstacles. Here’s how Frank Schelstraete, chairman of InterSearch, thinks recruiters can stay ahead in 2019. 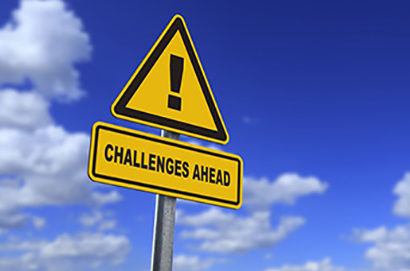 January 3, 2019 – Uneven stock markets aside, the strong economy has helped the executive search industry enjoy steady growth around the world in recent years. Technology in particular has created new roles as well as greater demand for leaders to fill them. And with top talent in short supply, recruiters have become increasingly valued partners to businesses just about everywhere. Global revenues for the industry reached have reached record highs and despite some trade-induced jitters, the final results for 2018 are expected to be strong .

Needless to say, challenges do remain. Over the next five years, an array of issues will test the mettle of companies and executive recruiters, according to Frank Schelstraete, chairman of InterSearch. “Key challenges will definitely be related to demographic change,” he said. Increasingly, he noted, the retirement of Baby Boomers will cause “a leadership and legacy knowledge gap in a number of industries in mature markets” – and a lack of suitable candidates for such positions.

Moreover, the demand for high expertise in cybersecurity, e-commerce and AI, as well as the expansion of technology into different industry sectors such as healthcare, is likely to exceed the available talent pool. That, in turn, will call for highly skilled consultants and researchers to identify and select the best candidates. “Increased competency in executive search within client organizations is a challenge for the industry in the years ahead,” said Mr. Schelstraete. “The recruiting sector will need to bring ‘value add’ to clients in order to remain relevant.”

Several industries, meanwhile, will face rapid growth, especially the high technology and industrial sectors, including life sciences and renewable energy sources. “In emerging countries, microcredit finance may have an impact on some local economies we are not yet able to measure,” said Mr. Schelstraete. “Oil & gas and mining are long overdue for a period of sustained recovery.”

Such changes will demand increased collaboration between research centers, and industry will be required to ensure the candidate pool with the rights skills and experience is available for evolving business needs, he said.

Mr. Schelstraete, based in Belgium, is founding partner of Schelstraete Delacourt Associates, which he launched in 1990 after a previous career in human resources. He focuses on CEO and C-level positions, and his clients include large-size companies, family-owned and private-equity owned, in a variety of industries.

Given that the war for talent has no boundaries, said Mr. Schelstraete, globalization and technology disruption will no doubt have a significant effect on candidate mobility. “The percentage of global executive searches has increased across many regions and a collaborative approach to global talent provides a competitive advantage to any search firm,” he said. A recent report from McKinsey Global Institute found that 35 percent of the 247 million people who live outside their country of birth are highly skilled migrants with at least a tertiary education. “What’s more, migrants are typically significantly more qualified than the native population,” said Mr. Schelstraete.

“Nevertheless, we might be cautious with medium-term forecasts and continue monitoring the markets with an open mind — without forgetting that disruption and innovation will go hand in hand in the next years, and we must be ready to cope with that,” he said.

Although the global economy remains robust, recruiters face different challenges in different regions around the world. “Indeed, there are sometimes significant differences from region to region and even within the same region since the still robust increase in economic growth doesn’t keep the same pace in all countries,” said Mr. Schelstraete. For InterSearch, whose core business is cross-border executive search, such dynamics strongly impact both clients’ and candidates’ attitude to the recruitment process.

According to recruiters, the U.S. is still a candidate-driven market. Unemployment is low and “A” level talent has a lot of career options with the current job market. “As a consequence, HR recruiters and companies must sell their open positions and career opportunities harder and stay very competitive regarding compensation packages in order to land world-class talent,” said Mr. Schelstraete.

Uncertainty Aside, Employers Look to Ramp up Hiring In 2019
U.S. businesses report strong hiring intentions, according to the latest “Employment Outlook Survey” by ManpowerGroup. Let’s go inside the latest forecast and see which sectors and regions are in growth mode as veteran recruiter Drew Desky weighs in from Rand Thompson Consultants.

He described Europe as a multifold area. “If we consider the strongest markets, we have central and northern Europe where the situation is similar to the U.S.: Several countries have almost full employment and talent often has more than one job offer available,” said Mr. Schelstraete. “Passive candidates we contact through our researchers are not always motivated to face a long selection process. If they do, they have high expectations not only in term of compensation package but also in non-monetary areas – with ‘work-life balance’ being a key word – and at the executive level it becomes more important than ever that we make a compelling proposition to sell the client’s business.”

For all stakeholders involved in the executive search process, the other key word is ‘speed,’ said Mr. Schelstraete. “First of all, for the recruiter who has to present the client a high quality shortlist very quickly, and immediately for the client who has to be very fast in interviewing and engaging the right candidate — not to mention their investment in retention plans.”

In some countries with a recent history of talent’s migration, like Ireland, candidate identification outside the country is becoming more important as the economy moves towards full employment. “Clients are responsive to international talent currently working in similar industry sectors,” said Mr. Schelstraete. “Irish managers working internationally, particular with connections to Ireland, are open to hearing about career advancement opportunities and relocating to their own country.”

The same is happening in India, where a major contributor to the quality talent pool has been the “returning Indian,” the professional who has worked for many years in highly competitive and demanding overseas markets and is looking to go back home. “As there are growing opportunities in the country, the demand for this talent pool has raised and in turn it has added a healthy mix of experience through its international exposure to advanced business, management and technical practices,” said Mr. Schelstraete.

China, for its part, is being influenced not only by the trade dispute with the U.S. but also by new policies and taxes on companies. Privately-owned Chinese businesses as well as multinational companies operating there are facing difficult times. “Both are more careful with expanding, but at the same time they need higher qualified human resources than ever and are very demanding when it comes to executive search firms services,” said Mr. Schelstraete. “While candidates are also careful to change jobs in such sensitive circumstances, state-owned companies are becoming more attractive to middle-level candidates nowadays, challenging the international companies recruitment process.”

InterSearch’s member firm in Australia, in the meantime, reports that the war for talent rages there as well. “The best people are the hardest to extract,” said Mr. Schelstraete. “They’re often happy in their jobs and doing well, meaning the proposition must be attractive regarding the career progression and growth best candidates could expect if they were to move. It can also be difficult to find candidates who have the requisite skills for highly specialized roles, particularly when attracting talent from overseas. Client companies demand they fit the profile well and have a good reputation in the market, too.”

Jobs Report Points to Potential Uncertainty Ahead
The strong economy continues, but there are warning signs as we head into 2019 – among them: China, Brexit, tariffs and impeachment. Here’s the latest jobs report, with executive recruiters from Whitehouse Advisors and Garrett Search Partners weighing in with optimistic outlooks.

Another point of interest for global recruiters is the fallout from the U.K.’s pending departure from the European Union. So far, Brexit has failed to have an earthshaking effect on the recruitment industry, said Mr. Schelstraete, although circumstances could change after the U.K.’s official departure on March 29.

“Our member firm in the U.S. confirmed that Brexit has not impacted the executive search industry there nor their cross-border business,” he said. “Brexit has no impact for China and in general for the APAC region – especially considering the strong economic bound between U.K. and Australia, where Brits now make up five percent of the country’s 25 million population.”

“According to our Indian member, Britain had been the gateway into Europe for India, and with Brexit it’s likely that more centers of trade and growth for India across major E.U. markets will emerge, as is already being witnessed and rapidly growing,” said Mr. Schelstraete. “In the long run, perhaps the positives of Brexit will outweigh its downsides as far as India is concerned. Search practices have not been dramatically impacted in India on account of Brexit. If anything, it has brought Britain and India closer for cross-border exchanges, and talent movement between the two countries has seen certain regulatory changes but nothing alarming.”

Even in Europe, perhaps because of the still-unresolved process, Brexit seems to have no significant impact on InterSearch’s search practices thus far, except in Ireland and, of course, the U.K. “There is significant interdependency between both nations due to their shared interest in Northern Ireland, and whatever the outcome of Brexit, it will have implications for both,” said Mr. Schelstraete.

On the other hand, InterSearch’s Irish member believes opportunities for Ireland will arise, largely because it will be the only native English speaking country remaining in the E.U. “This is very important in attracting foreign direct investment,” said Mr. Schelstraete. “In the search practice in Ireland, they are noticing an increase in applications from international candidates who traditionally considered career development opportunities in the U.K. who are now changing focus and considering Ireland instead.”

“Our U.K. member’s opinion is that their period of trading since Brexit has been strong, and the demand for talent is high and their outlook is positive, albeit with some potential bumps in the road.”